Decision to be made this summer 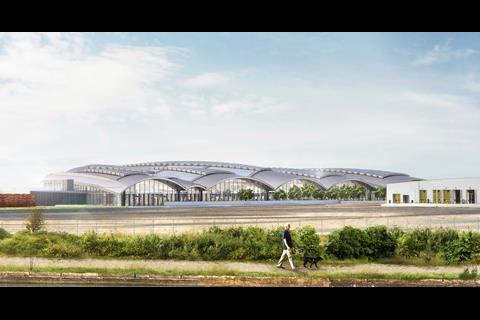 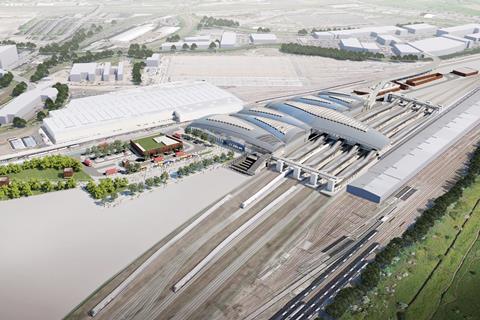 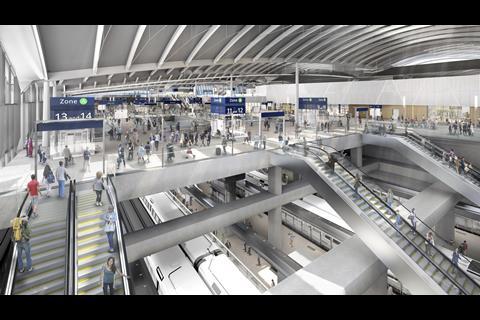 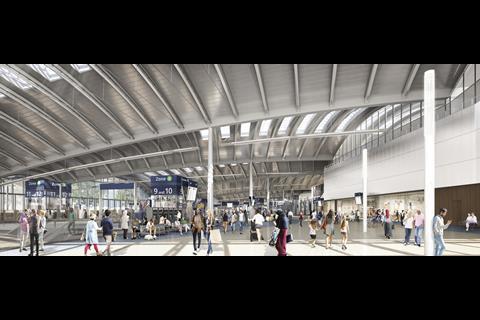 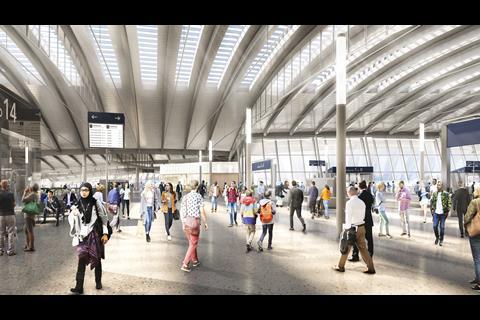 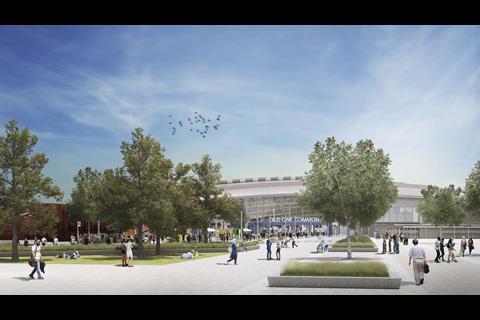 HS2 has submitted plans for its west London station at Old Oak Common.

A schedule 17 submission has been made to the Old Oak and Park Royal Development Corporation (OPDC) for the station, which has been designed by WSP and Wilkinson Eyre.

The submission is the next stage in the development of the Old Oak Common site, with a decision expected by the summer.

Balfour Beatty and Vinci are set to build six 450m-long platforms in an 850m-long underground box, with twin tunnels taking trains east to the southern terminus at Euston and west to the outskirts of London.

Designs for the station show the platforms will be underground with an integrated connection to the station at ground level via an overbridge. A concourse will link both halves of the station.

The new station will also incorporate passenger and retail facilities, while to the west of the station, above the HS2 platforms, there will be a new public park.

The submission also includes an application to lower and widen Old Oak Common Lane, which will improve access to the station for buses and pedestrians.

When open, the interchange will be used by an estimated 250,000 passengers each day.

It will provide a direct interchange with conventional rail services through eight conventional train platforms, to be served by Crossrail, taking passengers to Heathrow and central London, and trains to Wales and the west of England.