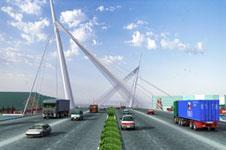 Engineer Hyder said today it would beat profits forecast in its full-year results despite still being owed £9.4m from clients in Dubai.

The company said it had scaled back work in Dubai but still had a strong order book, with six major projects won since October. It said it was “working hard to collect outstanding receivables in Dubai” and that its debt and work in progress now amount to £9.4m across a range of clients.

It will also pay restructuring costs of £3m in its full year accounts, and said results for Europe would be well down on last year because of redundancies. However, it added that 70% of revenues were no earned outside the UK.