Image of the week: ‘She does not sink …’ 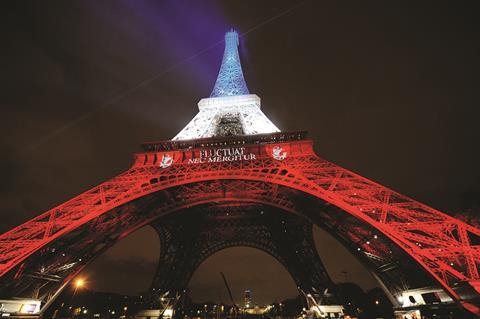 The Eiffel Tower is illuminated with the colours of the French flag in Paris, France, on Monday, in memory of the victims of last week’s terrorist attacks on the city.

The monument also bears the city’s motto “Fluctuat Nec Mergitur” (“She is tossed by the waves, but does not sink”).

The attacks by terrorists, in support of Islamic State, killed 129 and injured another 352.