Image of the week: Sliding into orbit 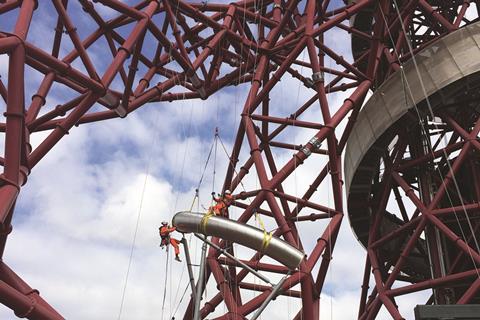 The first pieces of a huge slide at the ArcelorMittal Orbit in London’s Queen Elizabeth Olympic Park are moved into place by a team of specialist abseilers last weekend. The attraction/installation, called simply ‘The Slide’, was created by Belgian artist Carsten Höller at the invitation of Orbit designer Sir Anish Kapoor. It will measure 178m and circle the tower 12 times. The Slide is due to open later this summer.