Image of the week: The rainbow vigil 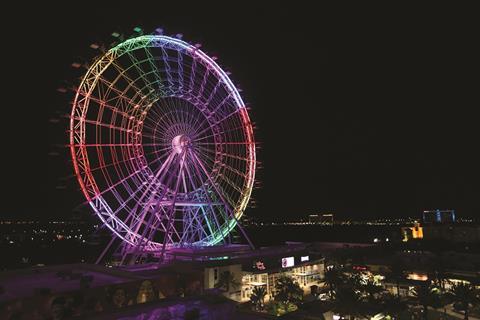 The Orlando Eye ferris wheel lights up in rainbow colors on Sunday as a tribute to the people killed and injured in the Pulse nightclub shooting. The attack on the Orlando LGBT venue in the early hours of Sunday morning claimed the lives of 49 people, leaving 53 injured, and is the worst mass shooting in American history. Landmarks around the world, including Sydney Harbour Bridge in Australia, the Eiffel Tower in Paris, France, and Gateshead Millennium Bridge in Newcastle in the UK, were illuminated with rainbow colours in support for the LGBT community in the aftermath of the tragedy.