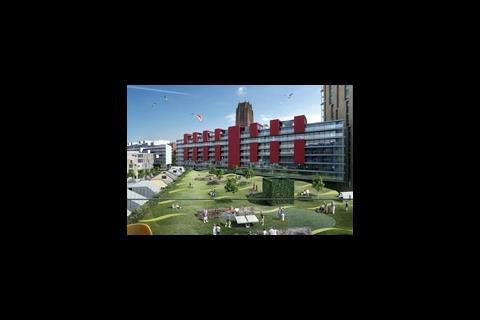 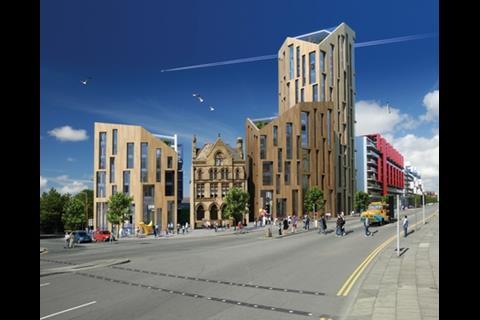 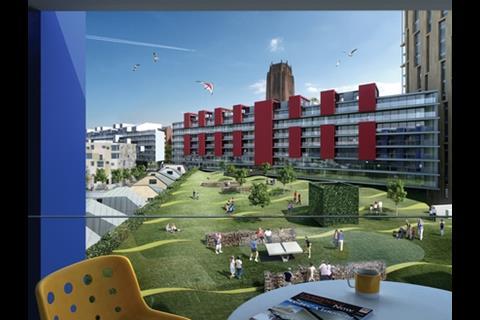 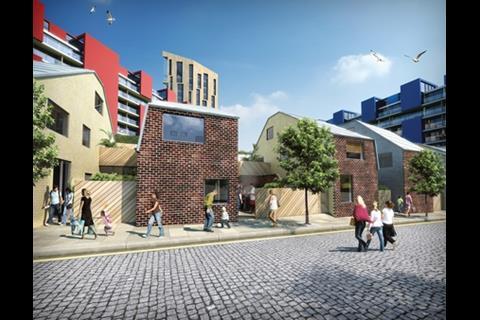 The development will also include 80,000 sq ft of new commercial office and retail space, a new crèche, new shops a new hotel and two acres of new public space.

Architects Shedkm, Riches Hawley Mikhail, Alison Brooks Architects and Austrian architects querkraft will all work on the project. The developer said work on site would start in the next few months, continuing for eight years.

The development will be called Tribeca, and sits next door to the city’s famous Anglican cathedral. The developer said it hoped to imitate the regeneration of the Tribeca district in New York.

At the same time Urban Splash announced end of year results showing turnover up 8% to £62.1 million and profit up 53% to £18.8 million. Urban Splash chair Tom Bloxham said: “We are conscious we are entering into uncertain times particularly in terms of the availability of credit,”