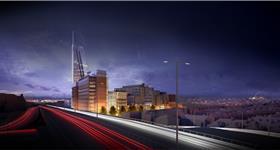 Imperial College has been given the green light for its development of a campus on the former site of the BBC’s Wood Lane studios in London.

John Anderson, project director for Imperial West, said: “This decision is good news for White City, for Hammersmith & Fulham and for London, and will provide Imperial College with new postgraduate teaching and research facilities which will ensure it remains one of the world’s leading academic institutions.”

The redevelopment of the 87,800sqm site will create over 3,000 jobs in the area once complete.