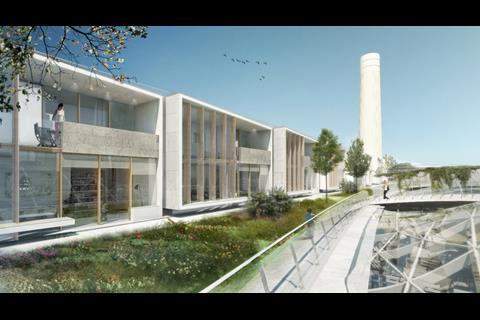 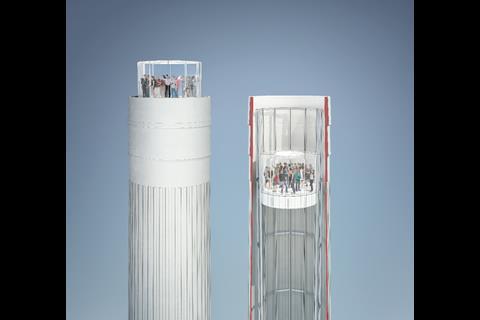 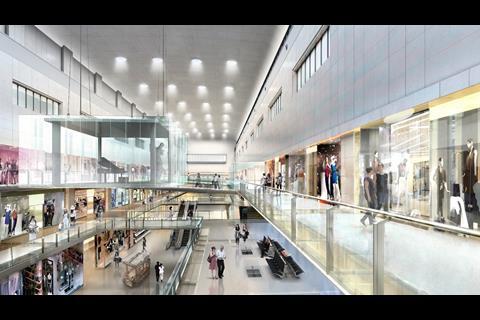 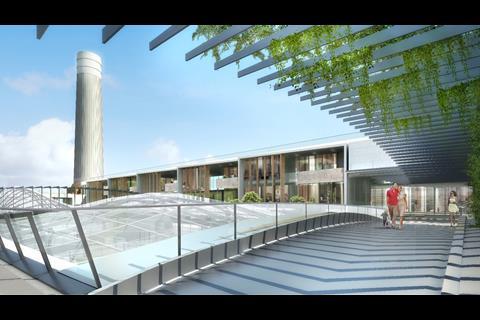 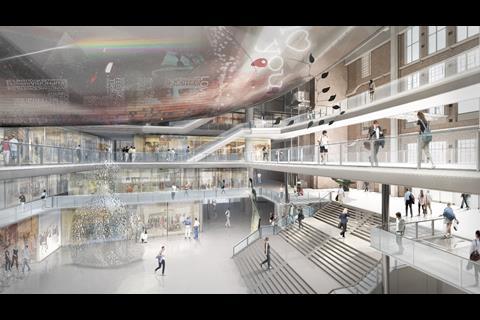 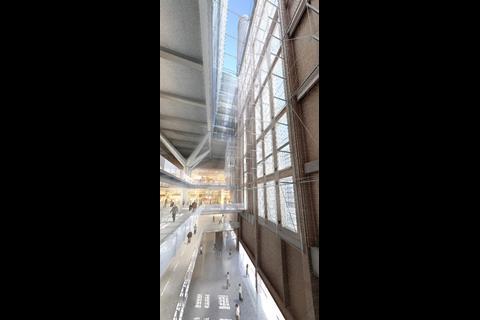 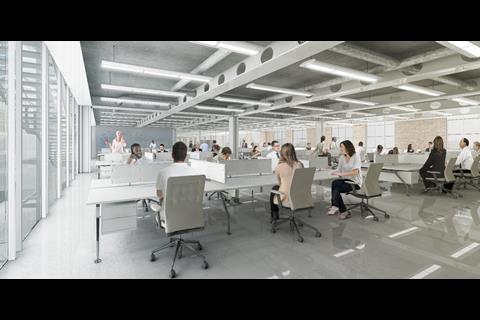 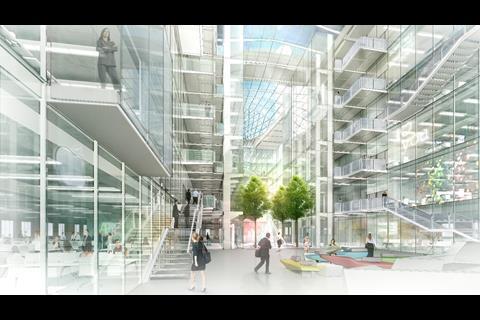 The mixed-use scheme will include rooftop housing and a garden, open unobstructed turbine halls and an observation lift that will rise to the top of one of the building’s famous chimneys.

The power station will contain a new events space; shops, restaurants and cafes; open-plan office spaces; homes on the top around a garden square, as well as to either side of the structure.  The proposals comprise 40,000 sq m of shops, cafes and restaurants; 58,000 sq m of offices and 248 homes.

Under the proposals, the power station will be open to the public permanently, for the first time, in 2019.

Rob Tincknell, chief executive officer for Battersea Power Station Development Company, said: “It’s really important to everyone involved in this incredible project that we get the restoration and future use of the power station exactly right.

“We feel that what we are proposing retains and respects the integrity of this historic landmark whilst also creating vibrant living, working and recreational space that this part of London needs. The scheme that we are proposing will see the building restored, opened up to the public and safeguarded for future generations.”

Jim Eyre, director of Wilkinson Eyre, said: “We wanted to ensure that the proposed designs were consistent with and sympathetic to Sir Gilbert Scott’s masterpiece, with the chimneys and turbine halls remaining the dominant features of the building.

“It was important to us to retain the power station’s sense of scale and visual drama, which is achieved through design features such as the full-height glass void behind the southern wall and the vast, central atrium.  It was also really important to restore a sense of energy to the building so that people have a rewarding experience each and every time they visit.”