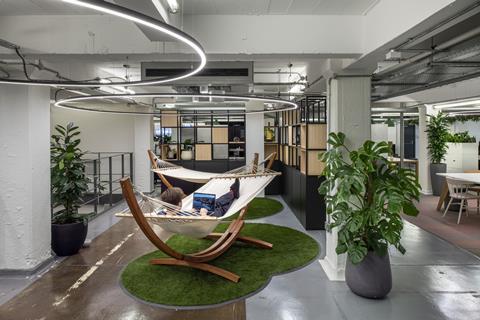 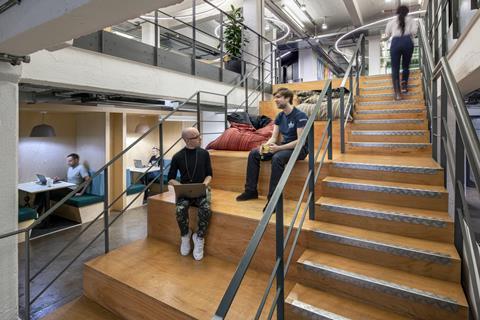 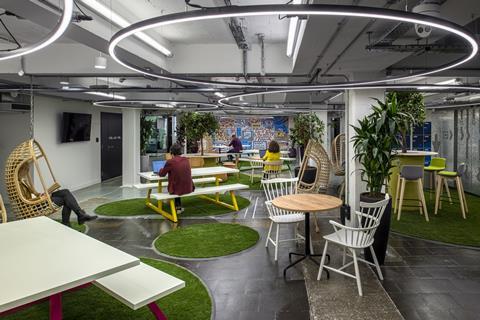 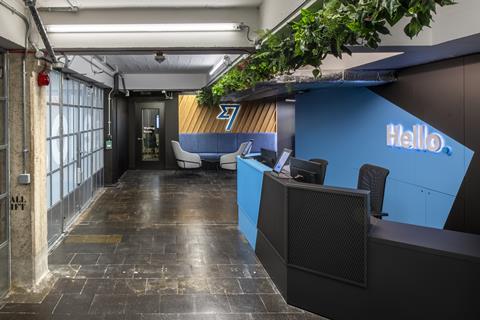 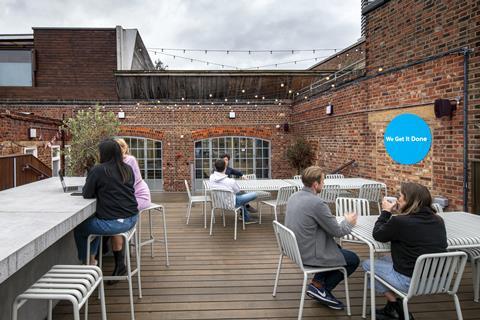 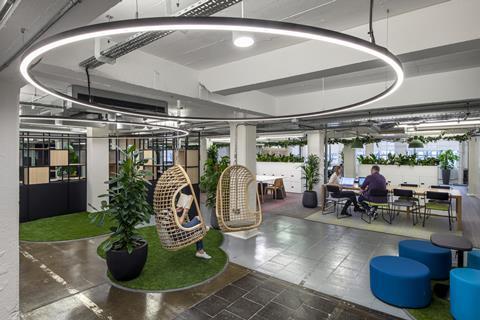 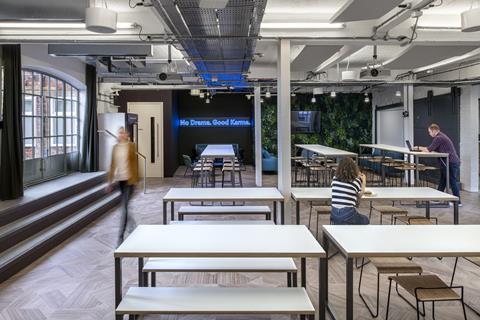 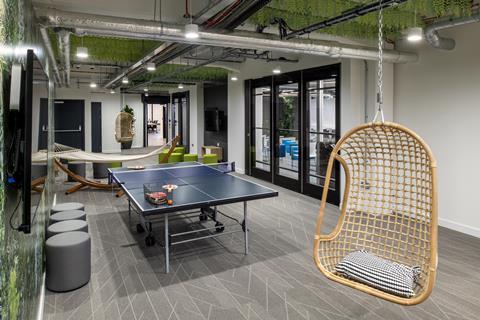 The firm, previously known as TransferWise, has taken up three floors of office space at the Tea Building on Shoreditch High Street.

It has been reworked to include a variety of spaces including traditional meeting rooms, reflection spaces and technologically-enhanced collaborative spaces.

Wise’s new office also includes group spaces that can either be used for short ‘stand-up’ meetings or creative sessions.

There are also central garden and terrace spaces after many of Wise’s employees said they had endured lockdown without access to the outdoors, while employees asked their revamped office be dog friendly.

Once occupied by the Lipton Tea factory, the Tea Building was originally a block of early twentieth century warehouses that was revamped nearly 20 years ago under plans drawn up by AHMM for developer Derwent London.