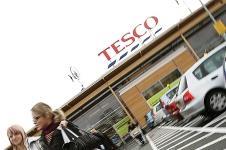 An industry body has hit out at Tesco for imposing “draconian” fee cuts on its supply chain as the supermarket giant announced pre-tax profits of £3.1bn.

The Association for Consultancy and Engineering (ACE) suggested Tesco may be boosting its profits by forcing suppliers to accept cuts of up to 40% for their services. Building first revealed in January that Tesco had written to consultants in its supply chain demanding cuts of 20-50%, threatening loss of work if the reductions were not accepted.

Nelson Ogunshakin, chief executive of the ACE, said: “While it is heartening to see Tesco doing very well even in the current global economic environment, we are hearing from our sources in the construction sector that Tesco may be boosting those record profits by arbitrarily seeking cuts in fees of up to 40% from their construction suppliers. Telling consultants at the front end of delivering key services to cut their fees by 40% is not the action of an enlightened client. If you pay peanuts, you get monkeys.”

The comments come on the day Tesco boss Terry Leahy announced a 10% rise in profit since last year and the highest profit on record for a UK retailer.In its results, Tesco said it was cutting spend on large mixed-use development schemes to allow "UK capital expenditure to revert to the levels of four years ago" and added that it had bought fewer stores off competitors in order to cut costs.

Last month, it emerged the retailer was axing around 30 jobs in its property division and around 12 people in its land aquisition team as it scaled back on work. But the firm said it still aimed to increase UK selling space by 6-7% each year and planned to open more than 8million ft² of new space across the group, 75% of which will be abroad.

Ogunshakin said there was a danger clients would go back to the “bad old days of cutting costs to the bone at the expense of quality”. He said: “I think that would be an absolute disaster and would potentially undo all the progress the industry has made over the past decade on collaborative working between clients and suppliers.”

In January, Tesco said its move to cut fees was influenced by the economic climate and said contracts were considered on a case by case basis.