Group will investigate projects for investors and banks 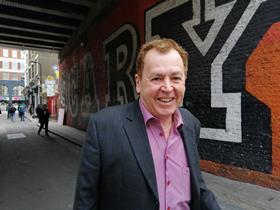 A group of industry veterans are banding together to form a construction investigation squad for hire by banks, governments and investors.

He said the team’s construction knowledge gives them an advantage over big four auditors, who take a narrow financial focus but struggle to quantify what is happening on a particular project.

From Crossrail to Carillion, there are plenty of examples of sponsors or investors not being given the full story, O’Neil said.

On Carillion’s problem hospital jobs in Liverpool and Birmingham, he said: “The government and NHS were equally culpable. They wrote crap contracts and they did not do their due diligence. They should never have given those jobs to Carillion in the first place.”

The group is likely to operate as a subsidiary of ResoLex, a project consultancy based on Fleet Street, with its chief executive Edward Moore also part of the team.

It is currently looking at formats for investigation which allow “amiable” cooperation with those they are looking into. O’Neil admitted those presiding over hidden problems will often “resist like hell” any scrutiny.

The team is next due to meet in June with plans to formally launch the group later this year.