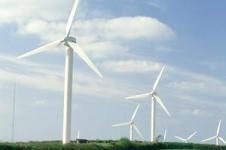 The body, which will formally start receiving applications from March next year, has been set up to speed up the planning process for nationally significant infrastructure projects.

Top of the list of the IPC are proposals for new nuclear power plants at Sizewell in Suffolk and Hinkley Point in Somerset. There are also five major windfarms, four of which are in Wales, and one 33km off the Lincolnshire coast.

However, before it can begin to consider the applications it requires the government to publish of national policy statements in the relevant areas, to form a basis for its decision-making.

Sir Michael Pitt, chairman of the IPC, speaking at an event in Westminster, said: “The IPC will ensure that the public knows which projects are proposed for their areas as soon as these are confirmed to us.

“The projects we are highlighting today raise important issues for the nation and for local communities and we want the public to have confidence that their views will be heard. In every case there will be an opportunity for an open floor hearing as part of the IPC examination process.”

Pitt said the body expected to receive “many more” proposals in the near future.