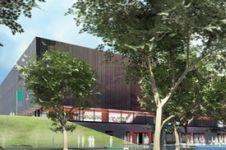 What final preparations did you make in the hours before the meeting?

All the presentation material was well under control and finished days in advance of the meeting. The scary part was getting to the meeting where I had opted to leave early taking a cab with the model, sample panel, boards etc to set up in preparation of the meeting. I left at 4.20pm from our office expecting to be in Stratford for around 5pm leaving plenty of time. At 5.30 the cab driver was still pointing at his sat nav highlighting that we had 3 miles to go and had only gone 0.1miles in the last 10mins. Was feeling nervous before leaving the office but was now starting to panic that I was going to miss the meeting. Eventually the traffic cleared and we arrived at 5.50. Dashed in and set everything up just in time. The others who left the office a 5.20 arrived only a matter of minutes after me.

How well did you sleep the night before?

Very well surprisingly but only because my mind was focused elsewhere. Late that afternoon I had been with my wife to have her first pregnancy scan. All good and was relieved to be able to tell people that we are going to have our first child.

What were the trickiest questions you faced?

The hardest question by far was with regard to the methodology used for calculating the proposed C02 reduction for the building. Unfortunately the specialist consultant who had undertaken all of this work was not present and was something I did not have the technical knowledge to answer in detail. We were only able to confirm that it had been calculated in accordance with the ODA guidelines which thankfully sufficed on this occasion, although we did offer to provide further detail should they require. Whilst my mind raced for a response I am glad we were honest and did not try to blag a technical response as confirmation was all that was required as opposed to technical detail.

The initial questions were on the transformation from Games to Legacy. We had prepared a large site model to illustrate the building in its context, including a series of inserts for the games overlay and also legacy potential development plots. The model was very well received and worked fantastically as a tool to illustrate to everyone three dimensionally the scale of the transformation adjacent to the building.

Following from this we were asked about public realm and access in legacy. Once again the model proved a very useful tool. It helped us talk through the strategic masterplan integration work we have been undertaking with Allies and Morrison with KCap (LMF team) to ensure the building is correctly positioned to strengthen the east west connectivity between Hackney Wick, the park and Stratford beyond.

What was the scariest moment?

The journey as described above

How are you dealing with the copper cladding issue and the police’s worries over it being stolen?

We welcome the constructive contribution from our Metropolitan Police partners and will continue to work with them to ensure the legacy venue is secure by design. This was something which we had considered and why the copper cladding is located at a height between 2.4m and 7m from the ground dependent on location and will be mechanically fixed to the building facade. As part of the selection process we studied precedent where there are many examples of copper cladding being used not only in London but also within the host boroughs.

What would have happened if you had been turned down?

This would have had a big knock effect to the proposed construction programme. We had undertaken vast amounts of consultation as part of the design process involving everyone from Cabe to local community groups in an attempt to minimise risk by involving all within the design journey. By undertaking this process we believe that the quality of the design is also further focused to what people want. Collaboration, consultation and listening to what people want are all inherent to the way make work as a practice.

How confident were you that you’d get planning permission?

I was very positive until a couple of days before when I started to worry a little that this was one of the last projects out the door and could be the last chance for someone to object. Was there something we had missed???

Which elements of the scheme were vital to securing planning?

The quality of the simple yet elegant design with its use of copper and brick was commended.

When did you realise you were going to get the thumbs up?

Right at the end when the decision was unanimous

How did you feel?

How did you celebrate?

Unfortunately it was a huge week. The following day we had contractor interviews for the building and also the start of a 2 day workshop with Central St.Martins college to undertake a design workshop looking at the patternation of the random seating colours. All this plus the news of becoming a dad for the first time left celebrations for Friday night. Needless to say sore head Saturday morning!

What next for the handball arena?

Lets build it. Contractor to be appointed in the coming months, bring it on.