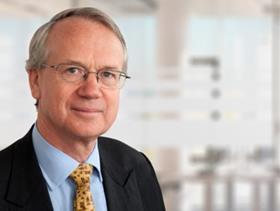 Lovell is credited with rescuing Costain from the abyss in the mid-1990s when he was chief executive and has since worked at a number of struggling firms including PFI and rail maintenance specialist Jarvis – as well as joining Carillion’s board two months before it went under at the beginning of last year.

Lovell said he would work to “continue delivering Interserve’s transformation and to capitalise on the significant opportunities ahead for the group as a best-in-class partner to the public and private sector”.

Barker joined Interserve in March 2016 and was at the helm when the firm went into administration earlier this year.

He remains a non-executive board member of housebuilder Berkeley, as well as a board member at insurer Aviva and chairman of law firm Irwin Mitchell.