Is the eco-town dream dead? 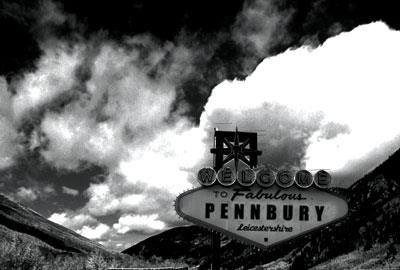 Practically the first move of the Brown regime was to yank the supercasino and announce plans for eco-towns. Developers were entranced by them at first, but a year later they look a decidedly dicey bet. So will any be built?

Who remembers the supercasino? It’s a fair bet that councillors who based their regeneration plans on winning a licence for it will. After a two-year parliamentary saga, 27 British councils staked hundreds of thousands of pounds on winning the right to open a Las Vegas-style cash cow, which they hoped would fund all kinds of development and community regeneration schemes.

In the end, and after much heartache, Manchester won the prize. But something went wrong. Prime minister Gordon Brown, in one of his earliest and most popular moves, brought his clunking fist down on the gamblers’ paradise – as a signal, it was said, that he was moving to a new, more principled, regime. The plan went out to review, but just for form – everyone knew the writing was on the wall. Even a threat of a legal challenge from Manchester’s flabergasted council couldn’t change his mind. All the work, all the plans and all the money invested came to nothing.

So, obvious question: could it happen again with Brown’s eco-towns? The firms bidding to build one of them are sensing horrible parallels. Like supercasinos, the potential rewards of a successful bid are huge. But the eco-towns, announced by Brown just one year ago, are facing a largely hostile media. And like supercasinos, bidders are spending cash like water as they work their way through the government’s allocation process. One planning consultant involved in a bid estimates that his firm has spent £500,000.

Another parallel is the political risk the developers face. Not from a change of prime minister, but a change of government: the Conservative party has withdrawn support for the programme. And as it looks likely to take power in a couple of years, the odds are becoming stacked against the projects.

Investing in the eco-towns was always a risk for a developer, but many are concerned that they are bound to lose. One planner working with the bidders said: “There’s a huge amount of concern that this is just supercasinos all over again.” The question is, with the cost of bidding and working up a planning application estimated to be in the region of £2m, can the developers risk the bet?

It all looked so different just 12 months ago, when Gordon Brown won national plaudits for making housing – and the construction of five “eco-towns” – one of his principal priorities. The prime minister was even applauded when he somewhat opportunistically increased the number to 10 at last year’s Labour conference. Since then, however, the popularity of the eco-towns programme in the national press has closely matched that of the prime minister. First the government was criticised for not making the bidders public, particularly after Building revealed many of the bids were from schemes that had previously gone through the planning system in different forms. Then local opposition in the 15 selected areas got organised, with one legal challenge already begun and others on the cards. Councils that previously indicated their support for eco-towns in their area – such as Norfolk and north Norfolk – changed their minds, despite some evidence that the wider public is still in favour of the idea (see David Lock, overleaf). In the face of these protests, two council-promoted schemes and two developer-promoted schemes have already withdrawn. A fifth is under fundamental review and a sixth, Rushcliffe, looks unlikely to be able to get its bid together in time, as developer Crown Estates produced its initial plans a month ago. Housing minister Caroline Flint admitted last month that the government was looking at “up to 10” schemes, and nobody expects all of them to go ahead. Most observers speculate that between two and five will go forward.

Now, as reported by Building two weeks ago, it looks as if many of the remaining bidders are reviewing their options and seeking reassurance from the government. Edward Hanson, senior planner at consultant Barton Willmore, which is working on the Coltishall Group plan, said most of the developers were asking the communities department for some assurances at their last briefing at the end of June. He says: “The exact question was asked by a lot of the promoters: is the government committed to the programme? And what happens if there is a change of government?”

The exact question was asked by a lot of the promoters: is the government committed to the programme? And what happens if there is a change of government?

The communities department maintains that it is committed. But even assuming it can take the flak, another huge problem remains: nobody believes any of the schemes will receive planning permission before the next general election, leaving the Tories free to scrap the whole idea. Ian Tant, partner at Barton Willmore and working on the Ford Airfield scheme, says: “Say we get planning permission some time next year. Well then, if we’re lucky we’ll get a decision around the end of 2009. But presuming it will go to appeal, which it most likely will, then we won’t get a final decision until late 2010 or 2011. We have to anticipate the final determination will not be made in the current term of office. It leaves everyone in a quandary.”

That said, both the Ford Airfield and Coltishall teams are continuing to work up schemes – while keeping a close eye on the political climate. Others have an even more tricky balance to strike, such as Steve Biart, strategic land director at the Fairfield Partnership, which is behind the north-east Elsenham proposal. His firm’s plans for a 5,000-home eco-town near Stansted airport are opposed by the local district authority, Uttlesford. However, reduce the scheme in size by 2,000 units and it’ll have the in-principle support of local planners.

Biart admits the group has considered ditching the eco-town bid in favour of working with the local authority. “Obviously we’re keeping it under constant review,” he says. “But at this moment there’s no certainty with either process, so we’d be fools to duck out of either.”

Some developers have already called it a day. The teams behind Curborough and New Marston eco-towns, both of which were strongly criticised by the government-appointed “challenge panel” set up to improve the quality of the bids, have withdrawn their proposals.

Their withdrawals point to another big question for eco-town hopefuls – economic viability in the current market. David Gosling, development planner at Banks Developments, part of the Curborough consortium, admits it was viability that caused his group to withdraw, saying: “The volume of infrastructure needed for these eco-towns requires a situation in terms of land ownership that allows it to happen.” And while any eco-towns that are built will not be until many years in the future, the unexpectedly sharp housing downturn of recent months will have affected their calculations. One planning consultant, who did not want to be named, admitted: “There will be viability issues here.”

Taking the ‘eco’ out of eco-towns

Ultimately, if the eco-town plans fall under a Tory government, most promoters will continue to push their schemes, but simply without the eco-town brand. If these get approved, it is possible the Conservatives’ opposition to the eco-towns proposals could simply result in schemes with lower environmental standards being built. Given that the Tory opposition is couched in terms of preventing environmental damage, this result would be ironic.

This is an irony that is not lost on Barton Willmore’s Tant: “We could continue to put the scheme forward through the normal process, but we might just have to strip it of its eco-town credentials to continue promoting it.” You can’t help thinking that would be a defeat for everyone.