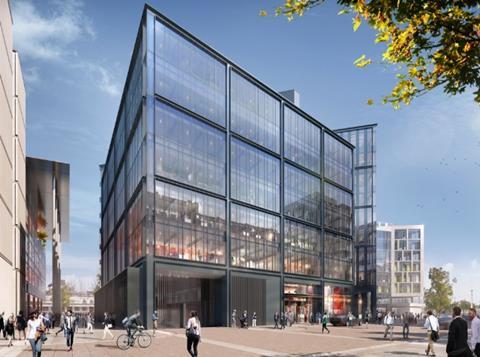 The 12-storey 2 Central Square building will be constructed speculatively next door to ISG’s under-construction headquarters for BBC Cymru Wales, both designed by Foster + Partners.

The overall development next to Cardiff’s train station is by client Rightacres.

Jon James, regional director for ISG’s UK Construction West business, said occupiers were already expressing interest in the scheme: “Demand for highly specified office space in central Cardiff is significantly outstripping supply so it’s not surprising that there has been so much interest in this office development at such an early stage.”