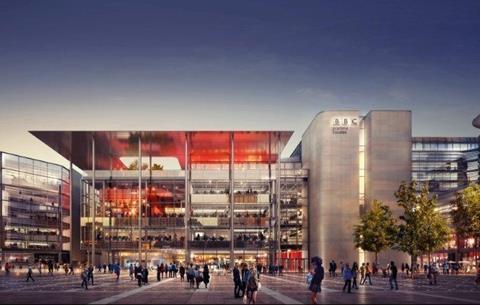 ISG has won two £80m-plus jobs, including construction of the BBC’s new Wales headquarters in Cardiff and a major European data centre.

Market sources told Building ISG had successfully secured the construction and fit-out of a 150,000 sq ft building for the BBC at the £400m Foster + Partner-designed Central Square scheme (pictured), which is being developed by Legal & General and Rightacres. This week the BBC signed a 20-year lease for the building.

Separately, ISG told investors this morning that it had been appointed as lead contractor on an undisclosed data centre project in Western Europe, with a value in excess of €200m (approximately £141m).

ISG said it was its third data centre win in Europe over the past year.

Alan Bainbridge, BBC Property, said: “Getting the BBC project from the design board to site has been a huge team effort and we are delighted that this project is now becoming a reality.”

Phil Brown, ISG UK construction managing director, said: “Constructing the new headquarters for BBC Wales is a major win for the business and brings all of our office expertise to bear on one of the largest ever private developer-led projects to be built in Wales.

“This is also a highly-specified building, with demanding acoustic and vibration tolerances and advanced mechanical and electrical services, which plays to our significant strengths delivering complex technical services infrastructure in the data center, R&D and healthcare sectors.”