‘It’s good to slow down’: Aldar at Al Raha Beach 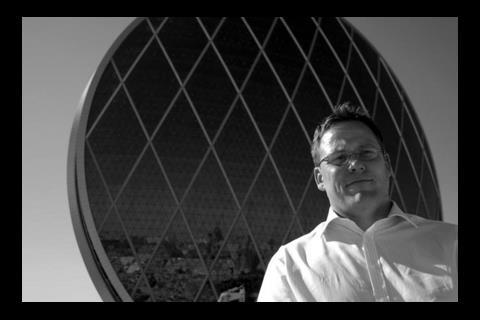 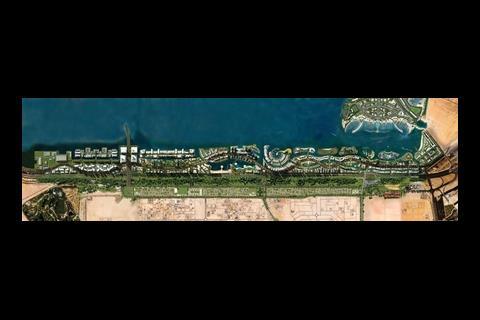 From the jeep, it’s obvious that Abu Dhabi’s Al Raha Beach has slowed right down. Abandoned, half-built cores litter the desert, like standing stones on a moor. True, there are isolated pockets of activity: some housing schemes are nearing completion, and there is a buzz of activity around the extraordinary, upended discus that will be the headquarters of Aldar, the developer responsible for all this. But what is going to happen to the grandiose plans, and the people and companies that were delivering them, now that the last echoes of the boom are fading?

“The vision hasn’t changed. This will still be the ultimate waterfront city and the place to live,” says Patrick Bell, Aldar’s head of pre-construction for Al Raha, who is at this moment standing next to a huge model of the 11km-long development.

Unfortunately, the downturn means Al Raha will now look rather different to the model, but this doesn’t bother Bell. “We need to take a step back and see whether what we are delivering is aligned with the market,” he says. “We did put our foot down in the past two or three years. It’s good to slow down and align with the realities of the world.”

For Bell, this means more time to get the design and mix of Al Raha right – specifically the western end of the scheme, which includes Al Dana, the circle of tall buildings lining a central marina that is strangely reminiscent of Stonehenge. This is where Aldar’s unusual HQ and Foster + Partners’ yet-to-be-realised world trade centre will be found. “A lot of lessons have been learned from the east precinct,” says Bell. “We are revising the masterplan for the west precinct and Al Dana to support the vision but also to recognise where we are in these current times.”

What does this mean in practice? For a start, community uses will become more important, a change that is also driven by Estidama, the sustainability and community guidelines introduced by Abu Dhabi’s urban planning council. As a result, more schools and hospitals will be incorporated into the scheme. “People are going to start living, working and playing here so we need to sort out the lack of amenities,” says Bell.

Aldar is looking at doing this through joint ventures with hospital and academy providers. It is also talking to the Abu Dhabi Authority for Culture & Heritage to see how libraries and arts venues can be included, and there will be more focus on elements such as parks and mosques. Road and light rail links will be integrated into the rest of Abu Dhabi, Masdar and Yas Island.

The business end of the scheme is also being reworked – for example, the mix of retail, offices, hotel and residential in the world trade centre. Bell insists Aldar is committed to constructing this building, but won’t go into details.

There will be a much bigger focus on one and two-bedroom apartments. This means redesigning buildings, including some of the half-built cores out in the desert, that were intended as blocks of four and five-bedroom apartments. Bell adds that the shape and size of plots could be more efficient, so these will be revisited to ensure they fit as effectively as possible around infrastructure and canals.

The developer is unequivocal about getting maximum value for money. “We have taken the opportunity over the past six to nine months to renegotiate a huge number of our contracts,” says Bell. “These weren’t fixed so they could renegotiated them to get buildings built more cost-effectively.”

The main casualty of this more austere world seems to be the Aldar Laing O’Rourke joint venture. This was formed during the glory days to ensure a contractor was always on hand to build out schemes. It was perfect for fast-track programmes and complex buildings like Aldar’s HQ, as Laing O’Rourke could get involved at the design stage.

Peter Taylor, the joint venture’s project leader for the HQ, concedes the arrangement is expensive. “It worked for the Aldar HQ but for simpler buildings and infrastructure projects it’s an expensive way of working and better to go down the lump-sum route,” he says. Does this mean the joint venture is dead? Both Aldar and Laing O’Rourke say not, but in this tough market it has clearly withered on the vine.

This has proved a boon to other contractors, though. Al Futtaim Carillion is working on the Al Muneera residential scheme, Dutco Balfour Beatty is involved in civil engineering work, Al Jaber is on earthworks and waterways, Cimolai is doing the steel bridges and J&P is handling highway interchanges. The idea is to get the infrastructure in so that, when things bounce back, Al Raha Beach has a better chance of functioning as a place rather than a random collection of apartments and offices plonked down in the desert. Perhaps slowing down really does have its benefits.

Al Raha Beach sits between the main district of Abu Dhabi and the international airport.

With an original pricetag of £13bn, it is intended to be a complete city with 120,000 people living in 11 precincts strung out along 11 km of beachfront. Each precinct has its own identity.

For example, Al Zeina, which is being built by Aldar Laing O’Rourke and completes next year, is principally flats and villas; Al Bandar, which completes this year, is flats and lofts with leisure facilities; and Al Dana, at the heart of the scheme, will have large commercial buildings, a marina, retail and residential areas. Aldar’s HQ is the only part of Al Dana that has been built to date, and work has stopped on the housing. So far, nothing has been built on the western side of Al Raha Beach.