Jarvis collapses as administrators move in 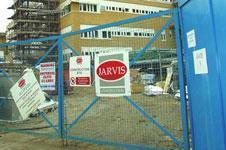 Infrastructure firm Jarvis plc has appointed administrators, threatening up to 2,000 jobs, after financial support was denied by the company’s secured lenders.

The news comes despite the firm’s recent success in being awarded the £250m Chiltern Railway’s Evergreen 3 contract.

The success of the company depended on the continued support of key customers and creditors, including lenders under the firm’s secured working capital facility, and Network Rail.

However, following negotiations with the company’s secured lenders, it had become clear that sufficient support would not be extended to the firm to enable it to continue trading as a going concern, it said.

Together with the secured lenders, the directors have now taken steps to place the company and its subsidiaries into administration. Trading in its shares has also been suspended with immediate effect.

Network Rail has said it will consider its options following advice from the administrator. A spokeswoman said: “This didn’t come as a total surprise and we have a contingency programme in place to continue any work that needs to be done.”

Deloitte has been appointed administrators of Jarvis Plc and its subsidiary Jarvis Accommodation Services Ltd (“the Companies”), following an application to court by the directors.

The administrators said they were in the process of performing a rapid assessment of the financial position of the Companies, and commencing discussions with key stakeholders in order to formulate a strategy to stabilise the business.

Nick Edwards, partner at Deloitte and joint administrator, commented: “Unfortunately, Jarvis Plc reached a position where a substantial funding gap meant they were unable to continue trading. Our immediate priority will be to work with stakeholders to stabilise the business while we identify which parts of the business we can continue to trade and seek buyers for as going concerns.”