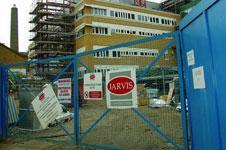 Jarvis shares have plunged by nearly a third after news that Network Rail is set to slash its track renewal programme in the year to March 2010.

In a statement to the stock market Jarvis said: “The company can confirm that Network Rail has communicated an intention to significantly reduce its track renewals volumes and expenditure in the year to 31 March 2010 from current levels, for all of its four track renewals contractors. The company is one of these contractors and is currently seeking clarification in respect of the likely effects and financial impact if this proposal is implemented. The company will update the market as soon as the relevant information is available.”

Its shares dropped by 32% to 6p moments after the announcement.