Keller in talks to acquire US underground construction firm

Ground engineering specialist has been targeting expansion in the country 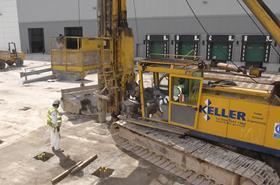 Keller Group is in talks to acquire US underground construction firm Moretrench.

It comes after Keller revealed last February that it was targeting expansion in the country to capitlise on president Donald Trump’s planned $1tn infrastructure programme.

Keller said the new enlarged business would represent “by far the most capable geotechnical solutions provider on the east coast of the US”.

The firm added it will give it access to new niche geotechnical products, as well as new industrial customers, providing good revenues and cost synergies.

The acquisition would be funded wholly in cash using existing borrowing facilities.

Moretrench, which is an employee-owned business, is headquartered in Florida and operates predominantly along the east coast, with nine offices in the US and one in Canada.