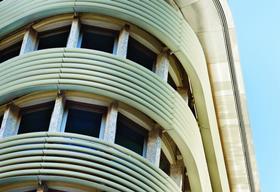 Kier and luxury hotel chain the Dorchester Group are locked in a High Court battle over subcontractor discounts obtained by Kier on work carried out on a five-star hotel in London.

The hotel group claims “contrary to the contract between Dorchester and Kier, they did not disclose or pass on [the discounts] to Dorchester.”

Details of the case were disclosed in a judgment by Justice Coulson last week, in response to an application by the Dorchester for Kier to disclose more documents in the ongoing case.

The judgment notes that in an adjudication prior to High Court proceedings, Kier was ordered to pay the Dorchester £686,755 in discounts obtained from Mitie, of which Justice Coulson said he had been “told this sum has been credited to Dorchester”. The Dorchester is pursuing Kier for a larger sum and has requested the judge order further documents be disclosed by Kier.

In Kier’s defence pleadings - quoted in the judgment - the firm states the overall value of Mitie’s contract on the job after the discount was applied reduced to £6.8m, down from £7.5m.

In its defence Kier argued it was entitled to keep the discount it secured from Mitie, and denied the discount “amounted to a change to the terms, conditions, scope and price agreed with Dorchester sufficient to amount to a renegotiation of the work package.”

Despite this Kier offered to settle the case by admitting the Dorchester was “entitled to the benefit of an “undelcared discount” of £432,000, but said that “in any event” it was entitled to retain £255,000 of the discount secured. Kier said the discount was obtained for advance payment to Mitie inside of the firm’s standard 60-day payment terms. Justice Coulson’s ruling says the Dorchester did not accept the offer.

Justice Coulson ruled that Kier should disclose some of the categories of additional documents requested by the Dorchester, which it said were required under the “standard disclosure” process, but ruled other requests were excessive.

The judge also ruled that a settlement offer made by Kier for £688,755 did not constitute any admission beyond the amount offered, contrary to what the Dorchester had pleaded.

Justice Coulson was critical of Kier’s disclosure process, which he said had “gone awry”, and resulted in the costs of disclosure increasing from an initial estimate of £146,000 to £500,000, according to Kier.

Commenting on the cost, Justice Coulson said: “It is far beyond what I considered, and still consider, to be a reasonable and proportionate figure for Kier’s disclosure in this case.”

The case is set to go to trial from 30 November this year.

A Kier spokesperson said: “The historic dispute dates back to 2009 and relates to a building contract between the Dorchester and Kier’s former interior fit-out and refurbishment business (trading as Wallis Interiors), now no longer operating. Given the ongoing proceedings no further comment can be made at this time.”

Both the Dorchester Collection and Mitie have been contacted for comment.