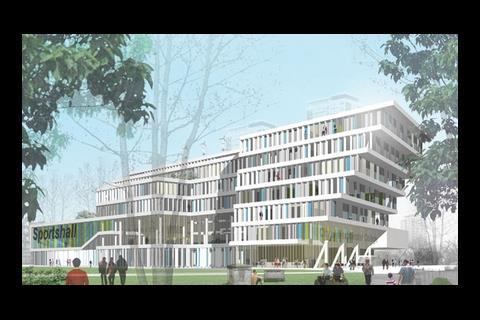 The design for City and Westminster College, by Schmidt Hammer Lassen 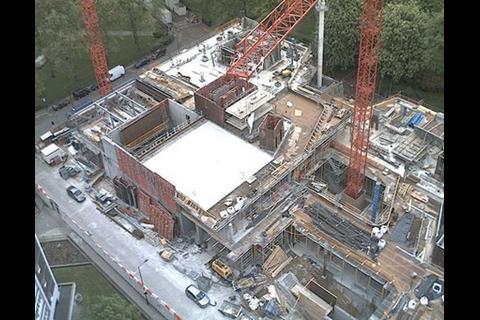 The project as it stands now, after subcontractors walked off site

Failed contractor William Verry looks set to be broken up and sold to the group of firms circling it.

As Building went to press, John Gibson, chairman of the £100m-turnover company, confirmed that his firm was heading for administration.

It is understood that predators circling the London-based firm, which include Rok, Kier and ISG, are more interested in buying contracts than taking over the whole company.

A source at one of the bidders said: “There’s no way we’d bid for the whole lot – I don’t think there’s a business there to recover. What you have is a series of incomplete contracts that can be taken over.

“I’d be very surprised if any of the other bidders wanted the lot.”

Sources close to the firm put the failure down to cash flow problems, but would not go into detail as to the precise cause of the collapse.

Source at one bidder

The failure of the company, which was founded in 1842, and had a reputation for projects such as the Stirling prize-nominated Young Vic theatre in London and the Savill Building in Windsor, came even though it appeared to have put previous problems behind it. In the 18 months to 30 June 2008 it posted a pre-tax profit of £251,836, following a £344,810 loss in 2007.

Although the company ended the period with net debt of £5.9m, in February, it pointed to “strong order book visibility” into 2011.

Meanwhile, subcontractors at Verry’s biggest current contract, the £60m City of Westminster college scheme, walked off site at the end of last week after not receiving payment, and all work on the site has now stopped.

Governors of the college were thought to be meeting this week to decide how to proceed, with six bidders lined up to take over the work. Building understands that Kier, ISG, McLaren, Galliford Try, Ardmore and Leadbitter are interested in the job, which has to be completed by September 2010.

Verry was also been hit by the problems with the government’s Building Colleges for the Future programme. Another of its biggest contracts, Oaklands college in St Albans, was put on hold in January.