Kier, Rok and Galliford Try swept up in OFT dragnet 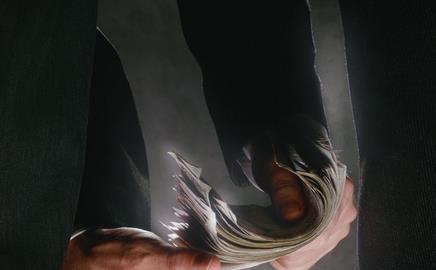 An investigation by the Office of Fair Trading (OFT) into bid rigging in the construction industry has broadened to take in 150 firms, including Kier, ROK and Galliford Try.

Kier announced that it had been informed by letter last week that it was under investigation. After the disclosure Rok and Galliford Try confirmed on Wednesday that they were also under scrutiny.

More large contractors are expected to announce that they are under investigation in the coming weeks.

Building has learned that the competition watchdog has contacted 150 firms in connection to the inquiry into construction cartels. More than 50 offices have so far been raided.

Kier says it won only four of the 20 tenders, worth about £13m. It notes that it has bid for about 11,000 tenders in the five-year period and secured contracts valued at about £24bn.

Rok said two subsidiaries it has acquired were being looked at by the OFT for an unspecified number of tenders. One was under investigation at the time of the acquisition, and the other was first examined a year before Rok bought it.

Galliford Try said 17 tenders made by its building division between 2000 and 2005 were under scrutiny. The company said the tenders represented a “very small proportion” of the division’s bidding activity.

Galliford Try’s announcement came hours after Rok’s, although a company spokeperson said it had planned to announce its involvement before Kier or Rok had done so.

A Kier spokesperson said the company felt it had a duty to inform the stock exchange. He said: “The kind of company Kier is means being open about these things.”

The OFT investigation has been running for two years and inspectors have been to 57 company offices. Kier, Galliford Try and Rok have not had any offices raided.

OFT rules dictate that those under investigation are forbidden from contacting other companies about the inquiry. As a result there has been uncertainty in industry circles over the extent of the probe. One director said: “We don’t know what they’re going to do, and we don’t know when it will end. Frankly, you probably know more about it than we do.”

Punishment for firms found guilty of collusion could be as much as 10% of global turnover. For a company of Kier Regional’s size, that could mean fines of £100m. Directors could face five years in jail, although this sanction has never been applied.

The OFT has used digital forensics for the first time, which means it has been able to search for deleted or hidden documents on seized computers.

For more on the OFT inquiry, search www.building.co.uk/archive