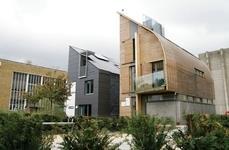 Kingspan has warned of challenging markets across the UK and Western Europe next year, as it announced a 22% increase in operational profit for 2007.

The product manufacturer said it had an “uncharacteristically strong start” to 2007 that would not be repeated in the year ahead.

In a trading update the company said it could not predict the market conditions for the coming year and that the construction environment in the UK, Ireland and Western Europe was “more challenging” than in recent times.

However, it said central Europe and the North American non-residential sector continued to perform well and anticipated more growth of is low-energy solutions leading to a growth in earnings of 4-8% in 2008.