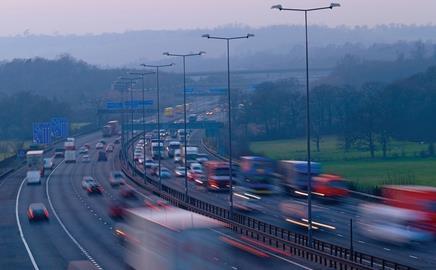 A former Labour environment minister is planning a backbench rebellion over government plans to devolve major planning decisions to an unelected commission.

Michael Meacher said there were up to 40 MPs ready to defy the government by voting for rebel amendments to the Planning Bill, which is due to go to report stage in the House of Commons next Monday.

He said: “There are 20, 30, 40 people who can be organised quickly through email as well as with phones.”

If realised, and supported by opposition parties, a rebellion by this many MPs would be enough to overturn the government’s 65-seat majority.

The bill proposes easing the planning process for major infrastructure projects, such as nuclear power stations or trunk roads, by setting out national policy statements (NPCs) devised by ministers on infrastructure provision, and leaving final decisions to an independent planning commission (IPC).

Meacher said the current proposals allowed “no or very few opportunities for local people to oppose decisions”, and could prompt “sabotage” actions by disgruntled local residents. He said: “These reforms are fundamentally anti-democratic because they remove the need for developers to consult and gain consent.

“The public will not even have a right to be heard when far-reaching policy is being drawn up in the national policy statements, let alone when decisions are made on the ground. I think people will be prepared to use resistance to delay – I hesitate to say ‘sabotage’ – developments.”

Meacher’s comments come as the government prepares to react to mounting opposition to the powers outlined in the bill.

It is understood that the communities department is preparing a raft of amendments, to be announced when the bill moves to the House of Lords.

A source close to the situation said these amendments would include giving community groups rights to be heard in front of the IPC, the possibility of community engagement in formulating the NPCs, and giving the IPC the ability to force a developer to make changes to “reasonably mitigate” community concerns.

Gideon Amos, director of the Town and Country Planning Association, said: “Peers are undoubtedly very concerned about the bill.”

For more on the Planning Bill search www.building.co.uk/archive