Labour under fire for proposing regeneration cuts in manifesto 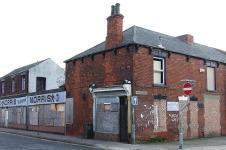 The Labour Party manifesto launched yesterday has come under fire for promising to cut back on regeneration spending and failing to spell how renewable energy infrastructure will be paid for.

As the Conservatives Party prepares to launch its manifesto today, the British Property Federation said Labour’s pledge to build houses did not inspire confidence when regeneration spending was to be cut.

Liz Peace, chief executive of BPF, said: “The crucial financial facts of what things will cost all seem to be missing. It’s one thing pledging 50,000 new affordable homes when elsewhere the manifesto says it will “make savings in regeneration funding”. This does not create confidence as to how such housing provision will be achieved.”

In addition Peace said: “Labour has also come out with a localist approach saying it will 'devolve power to local councils' specifically to tackle renewable energy.

"This could lead to major inconsistencies in how the problems are tackled if every council in the land demands different things. It is highly worrying that we are still without a clear national strategy on how renewable energy will be provided, paid for and used.”

It's one thing pledging 50,000 new affordable homes when elsewhere the manifesto says it will make savings in regeneration funding

Her words were supported by the Institution of Civil Engineers, which said proposals for a £2bn Green Investment Bank were insufficient to tackle the scale of the task.

Director General, Tom Foulkes, said: “A Green Investment Bank is a positive step, but the UK will need to invest £40-50bn per annum in infrastructure so a starting fund of just £2bn falls well short of what will be required.

He added that Labour’s pledges to generate 40% of energy from low carbon sources was “over ambitious” considering the UK’s track record.

However, the proposals were welcomed by the UK Green Building Council.