Laing O'Rourke and Skanska miss out on BSF framework 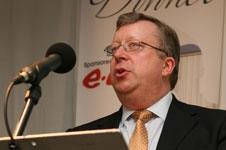 Partnerships for Schools will picks 22 firms for school building shortlist

Contractors Laing O'Rourke and Skanska have failed to make it on to the 22-strong shortlist for the £4bn framework to build new academy schools as part of the Building Schools for the Future programme.

Both Laing and Skanska are on the existing academies framework, launched in 2007, which will run until 2011, but have not made the cut for the new version.

The framework, which is being run by schools quango Partnerships for Schools, will ultimately select 12 companies in the north and a further 12 in the south to build future academies. The final members of the framework are due to be confirmed, and be bidding for work, by the end of the year.

PfS said 100 academies were in the construction pipeline.

Tim Byles, Chief Executive of Partnerships for Schools, said the new Framework would enable contractors across the country to get involved in a scheme that has a predictable flow of work, supported by direct grant Government funding. He said: “The new Contractors' Framework has been designed specifically to open up the opportunities to all contractors with a track record of delivering secondary schools or similar projects, and as the shortlist demonstrates, this is enabling regional bidders, as well as larger national firms, an opportunity to get involved.”

The new framework will operate in tandem with the initial Academies Framework, which will continue to operate until December 2010.

Sector 1: North and the Midlands