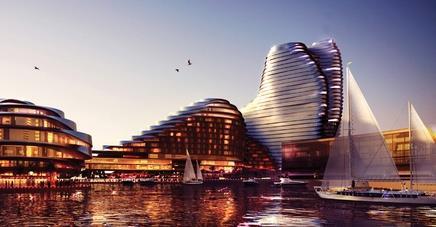 Laing O’Rourke is on track to double in size over the next four years, the contractor’s chief operating officer said after reporting its results on Tuesday.

Tony Douglas said the company’s turnover had grown 21.5% to £4.24bn and pre-tax profit had leaped 76% to £81.2m in the year to 31 March 2008, despite tough UK market conditions. The results were boosted by rapid growth in the Middle East and Australasia.

The company also reported an order book of £10bn and a cash position of £477m, with committed but unused banking facilities of £170m.

Douglas said the company was continuing with its strategy of 20% growth year on year, much of which is likely to come from the Middle East, where its schemes include work on the £10bn Al Raha Beach in Abu Dhabi.

He said: “There is disproportionate opportunity in the Middle East. With megaprojects of that scale, we’ll see continued growth in the area.”

Laing O’Rourke recently announced that it was restructuring around individual project managers, giving it greater strength in the programme management of large projects, similar to the position of American contractor Bechtel.

Douglas said this could be coupled with a move to increase Laing O’Rourke’s presence in specialist facilities management. He added that the group may bid for nuclear work in the UK.

Douglas also hinted that future acquisition could be on the cards. He said: “Over the next five or six years, there will be significant consolidation in the market, and we see ourselves as consolidators rather than consolidatees.”