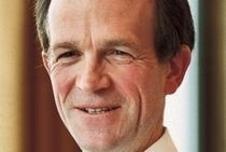 Mace, Sir Robert McAlpine and Wates have won three major jobs to be restarted this year by Land Securities.

It is understood that Mace will build Park House, off Oxford street, worth around £120m. Sir Robert McAlpine has won Selborne House in Victoria, worth around £100m, while Wates will build a second Victoria scheme, Wellington House, in a deal worth £18m.

Land Securities’ decision to press ahead with the projects, previously on hold due to the recession, is a sign of return to confidence in the London commercial market. None of the schemes have tenants lined up.

In a statement this morning Land Securities confirmed it was in the process of placing construction contracts on three major developments, and would be the first developer to start large-scale development in the West End office market.

The largest scheme, Park House, is a mixed-use development covering an entire city block of just over an acre in Mayfair with frontage onto Oxford Street. It will provide 165,000 sq ft of offices, 90,000 sq ft of retail and 60,000 sq ft of residential in 39 units, with Land Secs estimating the development’s final value to be £415m. Construction is set to start in May 2010 for completion at the end of 2012.

Wellington House is a 59-apartment residential scheme, estimated to be worth £55m when complete, with demolition of the existing building to begin in April 2010. The scheme is set to complete in mid 2012.

Selbourne house is an office and retail project on Victoria street aiming to provide 250,000 sq ft of office accommodation, together with street-level shops and restaurants, worth £185m. Land Securities said it hoped to finish the scheme in 2013.