Learning on the job at the Constructionarium 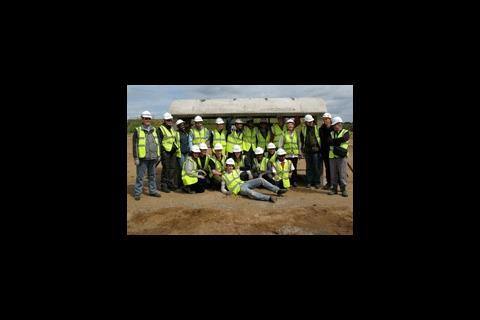 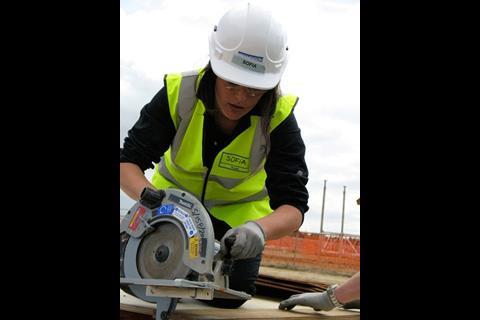 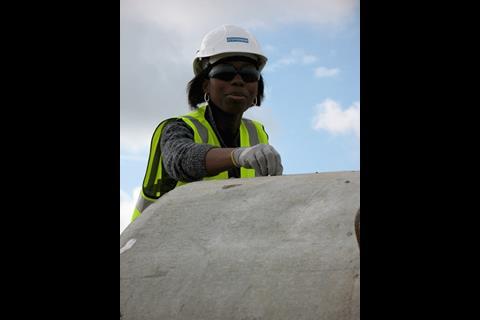 I was one of 32 students who attended the Constructionarium event in Norfolk in May which involved experiencing real hands-on work on a construction site. It turned out to be a memorable experience, and I would recommend the experience to anyone on a construction-related degree course.

The Constructionarium, held at the National Construction College East, allows students in the building professions to put their theoretical knowledge into practice in a three-way partnership of students, construction companies and structural engineers.

The University of Westminster's partners were teams from the Stephenson Group and Ramboll UK who were also overseeing two teams of structural and civil engineering students from Cambridge University.

This was the first time Westminster had been involved in the Constructionarium, and a number of lecturers and senior staff accompanied us to learn how to incorporate this practical experience into their teaching syllabus.

There was some sexist banter concerning the availability of size four workboots in pink – I admit it, that was me – but that soon ended when the 'girls' showed how adept they had quickly become with that big petrol-engined cutter/grinder.

We had been split into teams and given plans of our projects about a week before the event.

Westminster had two teams. Ours was to build a scale model of one bay of the Millennium Galleries in Sheffield which quickly became known as our 'bus shelter'. It involved all aspects of programming, procuring, planning and costing, with a heavy emphasis on method statements and health and safety procedures.

The other Westminster team built a scale model of the Barcelona Tower.

On a practical level, our project involved some fairly complex curved formwork for pre-casting the roof and wall panels. Four students from each team received power tool training on the first morning. Others quickly became steel-fixing specialists.

Steel pins in the reinforced foundation had to line up with channels in the walls, and the wall/roof joint had a similar pinned connection – with very little room for error. Co-ordination between separate setting-out, formwork and steel crews had to be 'within a gnat's.'

Until these parts were assembled, we didn't know whether they would fit like a glove, or whether we would have to make embarrassing adjustments while the crane-driver waited.

Even worse, because of the tight programme, no-one was totally sure that the roof panels would develop sufficient strength by the time they were due to be craned into place on the Friday morning.

Both our teams developed strong identities, with plenty of friendly rivalry and banter between the two.

Learning from the real world

The set-up was designed such that students would manage and build the projects, 'buying in' the expertise of Stephenson's carpenter, steel-rigger or labourer, along with shared plant items, as necessary.

Stephenson also allocated their own project manager to each university, who had to scrutinise all method statements before we carried out any work.

Despite the potential for disaster, all four projects were completed. Our roof panels had a slight twist, and also the pins needed some radical adjustment. But they didn't collapse under their own weight.

The real success, however, was in giving the students confidence as members of a team striving towards a common goal. They pushed themselves to learn radically new skills quickly, and to apply their theoretical knowledge with the flexibility that a real construction project needs.

Many of the students are now itching to learn even more trade skills. As a former employer, I would give any one of these students a job – and the extra management skills that I myself learnt at the Constructionarium would, I think, help me to bring out the best in them.

Mark Lomas is a final-year full-time student on a Bsc (Hons) course in Architectural Technology at the University of Westminster.
For the latest jobs in construction globally and for careers advice visit here.