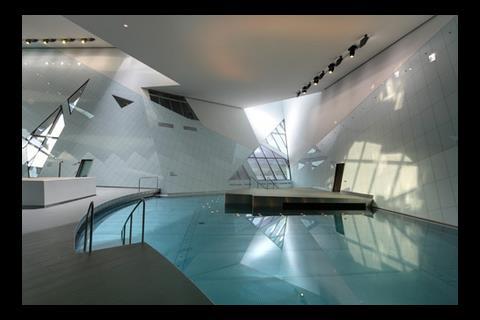 A freeform fun pool is enclosed within a raking walls and angular openings. 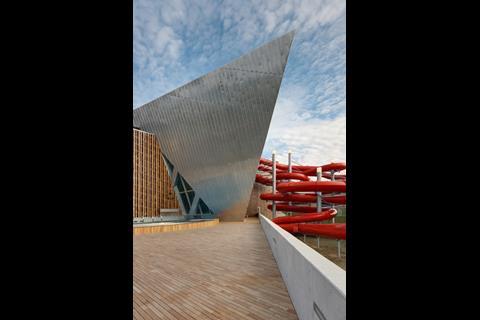 A tubular watershute spirals dizzyingly outside the pool. 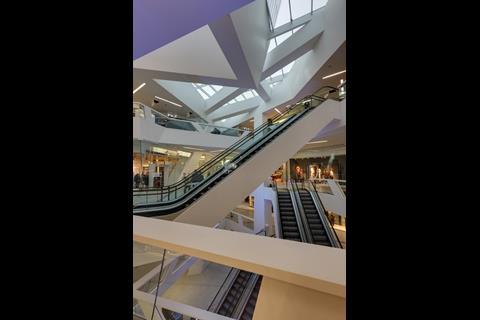 Internally, the multi-storey complex revolves around a maze of criss-crossing galleries and escalators. 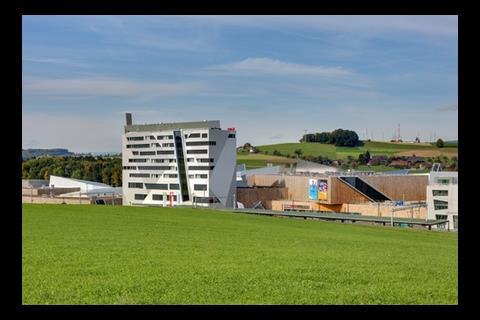 An eight-storey hotel and sheltered housing block rises at the back of the shopping centre. 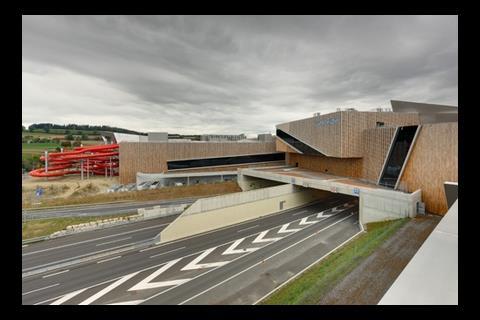 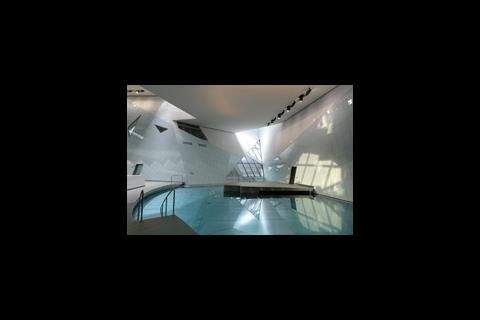 He has a global reputation based on mind-jolting museums and the World Trade Center spire in New York, but now architect Daniel Libeskind has moved on to feel-good world of shopping and leisure facilities.

Last week, the £250m Westside Shopping and Leisure Centre opened in Bern, Switzerland. As well as 55 shops and 10 restaurants and bars, it contains a fitness centre with fun pool, a 144-room hotel and even 95 housing apartments of sheltered housing.

And all this has been spread out over a high-speed motorway, making it a striking gateway to the city for drivers.

Not that Libeskind has succumbed to the bland, anonymous forms beloved by retail developers. The complex explodes in the New York-based architect’s trademark spiky angular forms inside and outside.

It is also presented with Libeskind’s characteristic hyperbole, as when he describes the architecture as “a fundamental means of engaging and extending the experience of the visitor toward new dynamic leisure horizons.”

Externally, the complex is clad in natural timber boarding slashed across with sharply raking windows. For its part, the eight-storey hotel and retirement home is faced in rendering of several colours.

Internally, the complex revolves around a multi-storey atrium of criss-crossing galleries and escalators. An even more spectacular element is the fitness centre, which features a swimming pool served by a 75m “whitewater canyon” and three outsize water slides, one of which even spirals dizzily outside the building.

The Westside shopping centre has been developed by the Migros Aare cooperative company, which anticipates a throughput of 3.5 million visitors a year.