In a sign of things to come for contractors, builders merchant says trading has slumped two-thirds

The scale of the hit facing the industry because of the government lockdown was underlined by Travis Perkins this morning with the firm saying trading in the first three weeks of April was one third of what it had been in the same period last year.

The country’s biggest builders merchant said it had furloughed around half of its 30,000 staff in the first three weeks of the lockdown, which was introduced on 23 March. 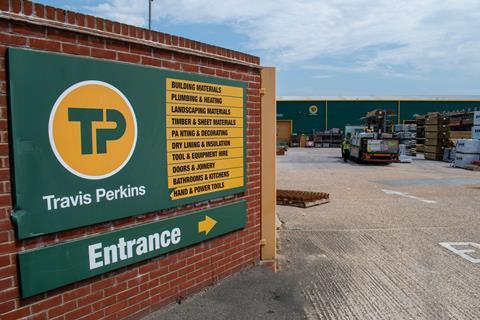 The firm said it was now beginning to open more depots

Yesterday, Boris Johnson said he would not be easing the lockdown at the moment, warning any premature relaxation of the measures would lead to a second spike in deaths, an “economic disaster” and restrictions being reintroduced.

Travis Perkins said around a third of its Merchanting branches and around half of all Plumbing and Heating branches were operating but chief executive Nick Roberts said it has begun to open more branches over the past week. It added the majority of its Wickes and Toolstation branches had continued to trade.

The firm said its board and senior management had taken a 20% pay cut running for three months from the beginning of next month.

It added it was also benefitting from the business rates holiday, deferring VAT and speaking to its landlords about moving rental payments from quarterly in advance to monthly in arrears.

The firm, which is holding its AGM later this morning, said it has access to more than £500m in cash.