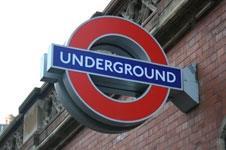 Tim O'Toole is stepping down as the head of London Underground (LU) after six years in the role.

His departure comes at a crucial time for the network as it prepares for the dual challenge of the Olympics and Crossrail.

O'Toole pointed to his achievements at the helm, but said it was time to go home.

“I am particularly proud that LU employees have achieved record operating results and all-time high levels of customer satisfaction in this past year,” he said.

Opposition parties pounced upon the announcement as yet another sign of London mayor Boris Johnson's poor management skills.

Labour's transport spokesperson on the London Assembly, Val Shawcross, said: “The mayor clearly cannot hold together the world-class team London needs. Tim O'Toole is an outstandingly able manager and has been a terrific public servant.

“His departure is a huge blow to London's Tube upgrade programme in preparation for the Olympics and a catastrophe for Boris Johnson's administration.”

O'Toole, will return to his homeland, the US. He won a CBE in 2005 in recognition of LU's response to the 7 July terrorist attacks that year.