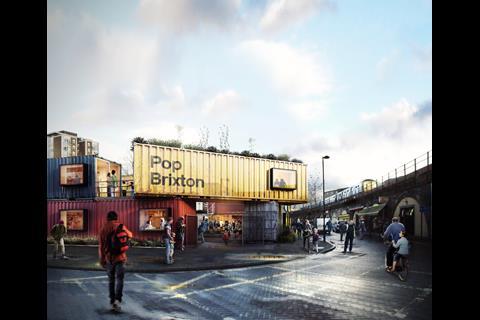 CGI of the entrance to Pop Brixton. 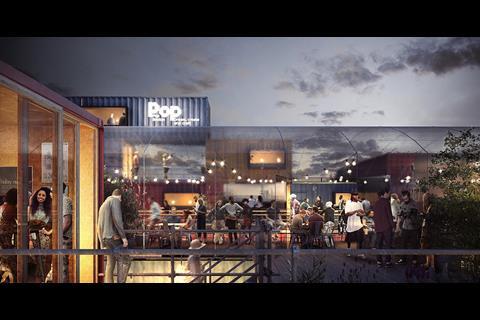 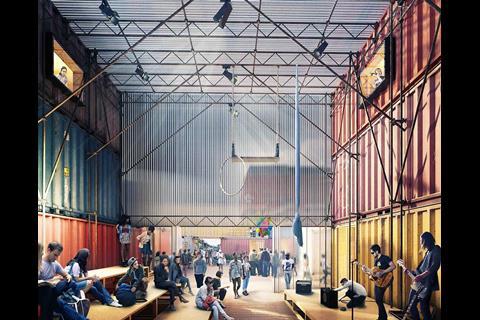 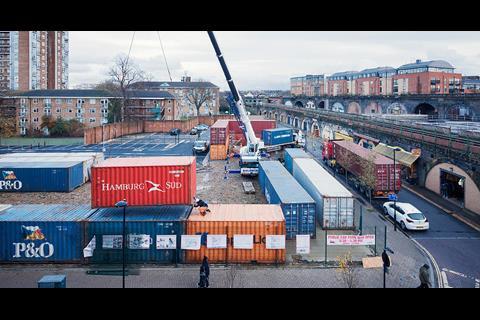 Containers being delivered for the Pop Brixton development. 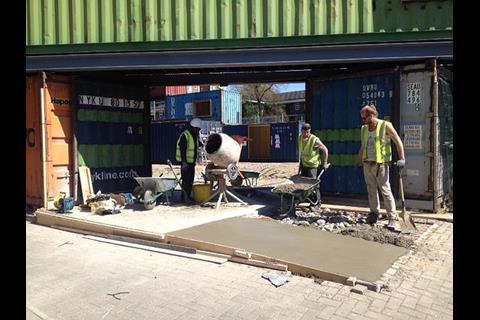 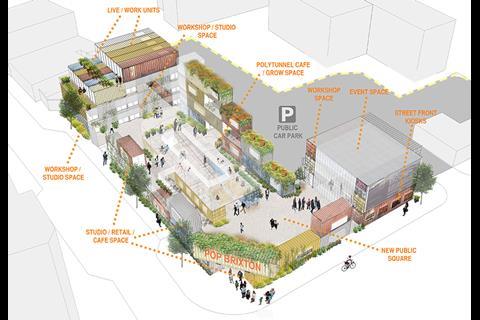 Brixton in south London is set to become the capital’s latest district to host a temporary mixed-use development made from shipping containers.

Pop Brixton, on the site of a former multi-storey car park in Pope’s Road, is expected to remain in place until late 2017, when the site is scheduled for long-term redevelopment, according to project sponsor Lambeth Council.

It will feature event space, live-work space, retail outlets, pop-up food stalls, and new public space. It is due to open next month.

Designed by Carl Turner Architects, the scheme’s use of shipping containers follows in the footsteps of Shoreditch’s Box Park, Bethnal Green’s Containerville, Container City at Trinity Buoy Wharf, and the Artworks project at Elephant & Castle.

It was originally conceived in partnership with landscape architecture and urban design organisation The Edible Bus Stop (EBS) and named “Grow:Brixton”. However EBS left the project late last year

Carl Turner said the scheme would create a “supportive and inclusive space” for local people.

“Pop Brixton is firmly rooted in its community and with the support of the apprentices, designers, tenants and residents we aim to convey a sense of the diverse, vibrant and welcoming atmosphere of Brixton though this collaborative community campus,” he said.