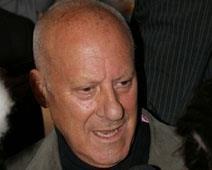 Architect Lord Norman Foster nearly halved his pay in the last financial year as profit at his firm dipped 9%.

Accounts filed at Companies House reveal Foster + Partners Ltd’s highest paid director, thought to be Norman Foster, was paid £920,000 in the year to 30 April 2012, down from £1.8m the year before.

Emoluments and pension contributions for the firm’s 11 directors totalled £4.5m, down from £7.5m the year before.

However, the global practise also reported stable turnover at £159m.

A spokesperson for Foster + Partners said the firm was happy with “stable trading” in the difficult environment. She said: “2010-2011, the year before, had been an exceptionally good year by comparison.”

Asia remained the biggest market for the firm, turning over £52.1m and growing 4%.

Mouzhan Majidi, chief executive of Foster + Partners’, said: “Staying ahead, creatively and innovatively and building on our strengths have been the fundamental goals during a year that has proved challenging.”

He added that 2011-12 had been a record year for the number of enquiries, fee proposals and conversions despite a difficult trading environment.

Maijdi said the firm had invested in growth with the opening of a new model shop with 3D printing facilities. He said the practice had a “design approach” which was “rooted in research”. He added: “Our continued investigation into sustainable solutions for architecture and infrastructure is just one area where we have made significant progress.”