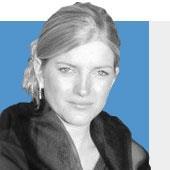 Welcome to the weird and wonderful world of corporate etiquette in Mexico. There are certain things to be aware of before doing business out here as I have been discovering this week.

First thing’s first, long business lunches may be a no-no in the UK these days - abusing one’s expense account in times of a global financial crisis doesn’t look good - but in Mexico it’s a different story.

You can expect to be out at a restaurant in the middle of the day for two hours. At least. Standard working hours in Mexico are 8-7 to incorporate business lunches and they are taken very seriously. It is the most important meal of the day - when deals are made and contacts are built up and nurtured.

Though friendly and sociable, these lunches are not about small talk. Mexicans get down to business matters at breakneck speed. They think fast, talk fast and don’t stop until some sort of conclusion has been reached.

The whole experience can become something of a balancing act though as there is a lot of alcohol involved and it is considered rude not to enter into the spirit. Proceedings usually kick of with a shot of tequila – a Latin American sized shot which is about double what we are used to in the UK – which is followed up by an equal sized tomato juice and chilli chaser. Thankfully I was reassured that it is perfectly acceptable to sip the drink over the course of your starter rather than knock it back in one.

When it comes to greetings, you’ll need to let go of any British personal space issues. If you are female the usual greeting is a kiss on the cheek, whoever you are meeting. This becomes a kiss and a hug if you meet them a second time. Men shake hands but sometimes accompany this with a quick embrace and some masculine backslapping.

The final point I would pass on about doing business in Mexico City in particular is to be aware of the traffic. Everyone drives as the subway isn’t big enough for the city, the roads are terrible and as a result people working here spend – on average – four hours a day in their cars. It took me an hour and a half to get to a 40 minute meeting three miles away yesterday.

So, if you’re planning to do business in Mexico make sure you leave enough time to factor in gridlock, that you can take your tequila and mole sauce, and that you are prepared for some hugs in the boardroom.