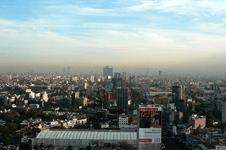 Mexico has been rated one of the most risky countries to invest in by some of the world's biggest companies because of its drug trade.

The country was placed above Pakistan and Nigeria on the risk agenda of a sample of companies that makes up more than two-thirds of the Global Fortune 500 index.

The country's drug trade and reputation for violence between gangs has been blamed for its high position and there are now fears that these results could hamper foreign investment in the country and its business potential.

Goldman Sachs predicted earlier this year that Mexico could be one of the world's biggest and most powerful economies by 2030. And Building reported last month that there are huge opportunities for UK firms in the country as a result of over $200bn government investment in PFI projects that Mexican firms do not have the experience to deliver.

But despite this and the country's open economy and stable political system, the problem of drug-related violence continues to put investors off.

Mexicans argue that the country's perceived problems involving drugs makes things looks worse than they are. “It's like any country, there are bad areas,” said one Mexican working for a UK consultant in Mexico City. “But the major cities where business is done like Mexico City are very safe. It is the border cities like Tijuana where the problems are and even then they are nowhere near as bad as the press make out.”

But one UK consultant working in Mexico City admitted they had come up against problems: “You'll fly out for a meeting with a minister only to be told he is not available. You say that you have travelled a long way and that's not good enough and you find out that he is not available because he has been shot. It is a very interesting market with great opportunities - but it's not without risks.”