Mace is set to renew its involvement with Landsec’s Nova scheme in London’s Victoria after pulling off a surprise victory for the next phase of the development.

Sir Robert McAlpine and later Skanska had been considered favourites for the Nova East office job but Building understands Mace is now set to sign on the dotted line instead.

McAlpine had been considered the long-time favourite for the scheme which has been designed by Lynch Architects. It is believed to have a value in excess of £100m.

Over the summer Skanska then emerged as the favourite but Mace has nipped in to take the deal at the site where the firm was forced to book a high-profile loss in its accounts three years ago.

Mace completed work in 2017 on the first part of the Nova scheme but Landsec said the £340m job ended up late and over-budget which helped send Mace’s pre-tax profit tumbling 70% to just £10.7m in 2016.

Nova East was originally drawn up as a 14-storey scheme and given planning three years ago but a revised planning application to Westminster city council was sent in just before last Christmas to make the building a 17-storey block instead.

Meanwhile, Landsec said on Friday that St Modwen chief executive Mark Allan will take over from current chief executive Robert Noel next summer. Noel leaves next June after 10 years at the business. 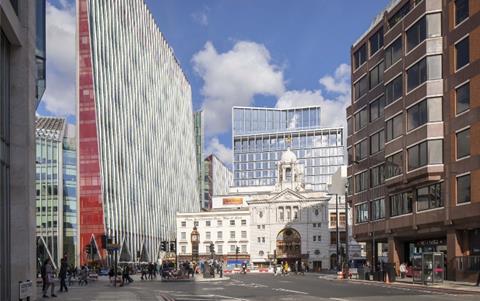