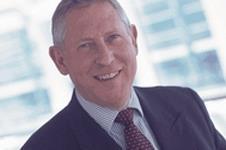 Chris Goldthorpe recalls the moment in December 2004 when he got a call confirming the first contract win for Sense, the then fledgling QS arm of Mace.

The division’s managing director says: “It was from Dresdner Kleinwort for a 388,000ft2 fit-out job, the biggest in the City that year. There was a tear in my eye when I put the phone down.”

His emotion is understandable when you consider the risk he took joining Mace the previous April, leaving a partnership at Gardiner & Theobald.

Five years later, despite doubts over the potential conflict of interest of an in-house QS within a main contractor, the company is still growing – albeit tempered by the recession. “My wife was concerned, but at 50 I was ready for a new challenge,” he says, hinting that he didn’t feel compelled to stay at G&T.

In addition to acting as QS on Mace jobs, Goldthorpe told Mace chief executive Stephen Pycroft that he was convinced clients would work with Sense as a stand-alone QS.

So was it a case of taking all his G&T clients with him? Certainly not that he can admit to. He says: “We never contacted any G&T clients – they phoned us. For example, we did a data centre job for Merrill Lynch but that was on the back of a 12-year personal relationship I had with them.”

Others that picked up the phone included UBS and Swiss Re; Goldthorpe was the G&T partner responsible for the Gherkin for eight years. He also took several G&T staff with him, including three of the four directors that now work under him.

The split today between internal Mace work and jobs for external clients is 50/50, with most of the latter in the private sector. He says: “There’s a lot more competition in the commercial sector whereas the public route is a lot more based around frameworks and packages of jobs.” The overall public/private split is about 65/35.

And how do clients feel with a contractor and QS that are both parts of Mace? “Some people like the model. Some don’t and need convincing. Clients sometimes perceive a conflict of interest but they need to understand that I’m working for myself first, the client second and Mace third. You have to be able to look yourself in the mirror at night.”

But he concedes that in the current economic climate there is pressure on all QSs to make internal appointments when selecting who to work with.

I can have a full and frank discussion with Stevie P. We can eff and blind as much as each other

“There is increased competition from the likes of Turner & Townsend and Davis Langdon,” he says, citing the latter’s recent acquisition of architect DEGW as an example of the trend towards a multidisciplinary model.

As a five-year old company that is still growing, Sense hasn’t had to make redundancies yet, although it has shuffled staff around. “When you have eight or nine Learning and Skills Council colleges that disappear, you have six to eight people with nothing to do overnight.” He adds: “People joining us can go out and create their own business. We still need to explore sectors like utilities, infrastructure, rail, defence, nuclear and waste management.”

It will all be done in a much more cut-throat environment where, Goldthorpe says, some fee bids are 40% down on 18 months ago. Typical margins of 25-30%, he believes, will be halved.

The economic uncertainty has pushed the 56 year old’s own retirement back a few years – he wants to leave a steady business behind him. However, he was forced to think about taking things easy after collapsing at the office last year with blood clots on the lungs – the result of an operation to his ankle. “I ruptured it playing netball with the girls in the office,” he admits sheepishly.

And what does Pycroft think of Sense’s progress five years on? “He’d say we haven’t grown fast enough compared with Mace, which started with five people in 1990 and now has 3,000. But Sense is purely a QS and our selling point is the individuals.

“I can have a full and frank discussion with Stephen Pycroft [or “Stevie P” as he refers to him throughout the interview]. We can both eff and blind as much as each other.”

He pauses before adding: “He always wins though.”

The private sector
Things won’t improve for a long time. We’ve moved away from clients making independent decision. Business cases are now sent up to a central office and buttons are tapped into a computer and it can be “no”.

The public sector
The Tories will get in, no doubt, and use the excuse that the economy is in a worse shape than they thought to cut back. Even so, if it’s a 5% or 10% cut in the Budget, there is still a shed load of money in construction out there.

Recruiting staff
Our competitors are starting to get rid of good guys. Someone told me recently about a great graduate let go from Davis Langdon who had been touted as a future partner and I signed him up.