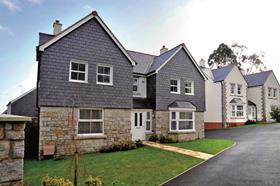 Immature supply chains are causing cost overruns and delays on retrofit projects, an in depth study of 37 projects has found.

The Retrofit for the Future study, run by the Technology Strategy Board (TSB), found that the majority of projects experienced delays and cost overruns.

The study analysed data from 37 homes that had undergone retrofit work. It found that 21 experienced some form of delay.

It said increases in product prices, failure to plan and remedial works because of poor installation were to blame for the delays.

It also found that 22 projects identified a lack of skilled site workers as a challenge.

The study said: “Many of those involved with low-carbon retrofit are new to the field. Projects may overrun because it takes longer to carry out any task carefully for the first time.”

“In future it is likely that work will be delivered more quickly as a result of experience and learning effects,” it added.

Iain Meikle, head of low impact buildings at the TSB, said it was important to remember the projects included in the study were innovative and cutting edge. “We know that innovation is challenging if we knew how long it would take to innovate then we would not do it,” he said.

The study also said product markets needed to “mature rapidly” to bring stability to the price of products used in retrofit projects remained stable. Plus, it said the prices of high specification products were driven up by a lack of competition in the marketplace.

In some properties gas and electricity costs were reduced to just £374 a year.

The study also found that a lack of certainty over planning policy made it difficult for some projects to get off the ground. It said: “Lack of consistency in decision-making, uncertainty over what is permitted development and the time and resources needed to secure planning permission presented challenges to Retrofit for the Future project teams.”