A man has been found dead in a deep trench at a construction site in Canary Wharf.

He was pronounced dead at the scene this morning after apparently falling in, a spokesperson for the Metropolitan Police said.

The man is not thought to have been a member of construction staff and the death is not being treated as suspicious at this time.

The site under construction where he was found is Canary Wharf Group’s latest office tower 1 Bank Street.

A spokesperson for the firm said: “There has been a fatality at one of our construction sites. All our construction workers are safe and we are supporting the investigation being led by the emergency services.” 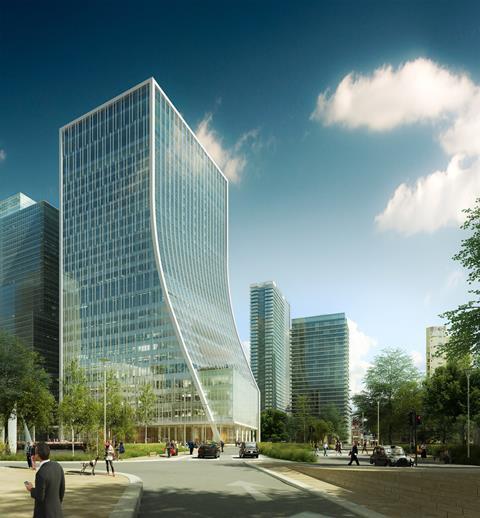 Designed by Kohn Pedersen Fox, the 27-storey building will provide 700,000ft2 of office space once complete.

One of Europe’s big banks Société Générale is already signed up to occupy 280,000ft2.

A spokesperson for the Health and Safety Executive said it was aware of the incident and is “making initial enquiries”.