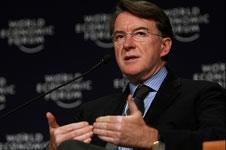 Foster, Kier and Carillion among companies looking for share of £10.2bn reconstruction work

Business secretary Peter Mandelson is to lead some of the construction industry’s highest profile players on a secret trade mission to Iraq to try to boost British work in the war-torn country, Building has learned.

Architects Foster + Partners and Benoy and contractors Carillion and Kier are believed to be on a list of 20 firms due to accompany Mandelson to northern Iraq. Engineers Amec, Hyder, Halcrow, Scott Wilson, Mott MacDonald, and Foster Wheeler are also thought to be planning to go on the trip. The exact dates of the mission are unclear but it is believed to be imminent.

Iraq has become an attractive market for firms struggling to combat the recession elsewhere in the Middle East and at home. The Iraqi government is expected to spend about $15bn (£10.2bn) on reconstruction in 2009 and firms including Mott MacDonald and Pell Frischmann are thought to have already won work.

It is understood that the UK government was trying to keep the mission under wraps. It has been prompted by a desire to beat US competitors to contracts. A consultant from one firm said: “There are security concerns but the market has a lot of potential.”

Toby Hunt, vice president at consultant Hill International, which is already working in Iraq, said the list of companies had a “clear emphasis” on energy infrastructure. He said: “The next part of the reconstruction is going to be about rail and power.”

Last week, the Iraqi government announced plans to tender for a power plant worth about $1bn.