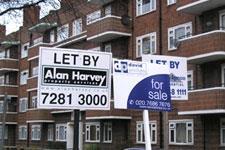 The average price of a home has fallen 4.4% over the last 12 months according to Nationwide report

House prices are falling at their fastest rate since December 1992 according to figures from the Nationwide.

House prices have fallen for seventh consecutive months according to Nationwide, but the bank said that borrowers were in a better position to weather the housing slowdown than they were in the 1990s.

According to Fionnuala Earley, Nationwide’s chief economist, fewer homeowners bought at the top of the market in the current housing cycle and the deposits put down on new homes were much higher in the last housing boom.

She said: “A further fall in house prices in May was not unexpected, and for most of those not wishing to move house or borrow money secured on it, the fall in value of their home I likely to be of limited concern in the short term”.