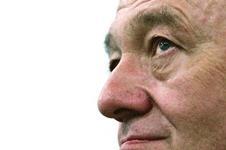 London mayor Ken Livingstone has announced the start of a programme to help cut carbon emissions from London's buildings.

Energy service companies Dalkia and Honeywell have been selected to help cut energy use in Greater London Authority buildings by 25%.

Livingstone has now launched a procurement process to let every public sector organisation in the city benefit from the same deal.

London completed the municipal tender process and appointed a company following a deal developed by the Clinton Climate Initiative for the C40 group of cities at the New York Large Cities Climate Summit in May 2007.

The mayor will also be working with the Clinton Climate Initiative to sign up private sector businesses to green their buildings.

This will help to address the fact that much of London's and other major cities public building stock is poorly insulated and uses older, energy inefficient technology to heat and cool them.

Unlike traditional public building improvement programmes, under the C40 scheme a whole group of buildings are offered up for retrofitting in one go, allowing energy services companies to achieve economies of scale and invest in more expensive, long-term infrastructure, such as decentralised energy supply, out of the savings from cheaper, quicker measures.

London is also working with the C40 cities to help progress the wider introduction of new technologies whilst reducing the cost of current low energy and carbon technology by buying in bulk through joint procurement.

Livingstone said: “As nearly three quarters of damaging carbon emissions come from energy use in buildings, improving energy efficiency is probably the single most important thing that we can do to cut carbon emissions.

“The Greater London Authority Group is taking the lead, but we want all London’s public buildings to benefit from this programme.”