Met probe into Grenfell fire widens to over 300 firms

Police wading through 31 million documents and speaking to more than 2,000 people as part of investigation 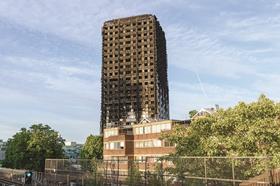 The number of firms identified as being involved in the construction, refurbishment and management of the Grenfell tower has rocketed to more than five times the original figure of 60.

The Metropolitan Police said the investigation had now widened to include 336 firms with the Met adding that all have now been contracted to establish the exact role each played.

It added that firms it considered relevant to the investigation were being asked to hand over their business records to investigators.

The police said: “Where their role is considered relevant, digital downloads of all business records are being recovered.

“So far, in excess of 31 million documents have been recovered and it is anticipated that number will increase.”

The criminal investigation into the west London blaze, which is believed to have claimed the lives of up to 80 people, is focusing on the construction, refurbishment and management of Grenfell Tower as well as the emergency services’ response.

The forensic examination of the tower is ongoing and will continue into the New Year and includes photographing and documenting every room on every floor, with particular attention being paid to fire safety provisions such as fire doors, the standards of construction work, the routing of pipework and smoke extraction systems, the Met added in an update.

So far the investigation has identified 2,400 different people to speak to, including residents, firefighters, police officers and other witnesses, more than 1,000 statements have been taken and over 2,500 exhibits have been seized so far, many from within the tower.

The Met said it will also be carrying out a series of further tests including reconstructions as part of the investigation.

The refurbishment last year of 24-storey Grenfell Tower on behalf of the building’s manager Kensington and Chelsea Tenant Management Organisation was led by Rydon Construction with subcontractor Harley Facades carrying out the cladding work.

Detective Chief Superintendent Fiona McCormack, who is overseeing the investigation, said: “We hope by the end of the year our search teams will have finished their work inside the tower and the formal identifications will be complete.”