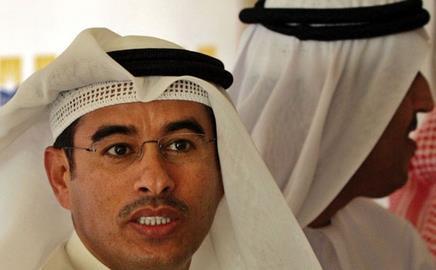 They are understood to be bargain-hunting in a sector they believe has long-term value.

The funds are thought to include the Qatar Investment Authority, Dubai-based Emaar and Dubai International Capital.

One industry source said the fact they were eyeing up UK housebuilders marked a change of strategy: “Historically, their investments have been central London trophy-assets such as Chelsea Barracks, but moving into more run-of-the-mill areas like housebuilding would not be much of a stretch.

“They know there is a long-term requirement for housing in the UK and that supply won’t exceed demand any time soon.”

Several funds are understood to have contacted management teams and shareholders at volume housebuilders in recent months. One company thought to have received interest is Barratt, which declined to comment.

The funds are thought to be waiting for the bottom of the market before making formal moves. One senior financial source said: “They’re keeping a close watch on the sector. It depends on how it performs, but I’d have thought a fund would make a move in the next six-to-nine months.”

Middle Eastern investors have increased their exposure to the UK in recent months, as property prices have fallen and oil prices risen. One source pointed to the activity of the Saudi Arabian Saad Group, which owns a 29.4% stake in Berkeley Homes, as proof of this. “Saad had a stake in Berkeley, which it built up over time. Now it has started doing joint ventures with the company.”

Property group Minerva is also in the sight of Dubai-based fund Limitless.

Qatar Investment Authority
Total fund is £31bn. UK investments include Chelsea Barracks, the Shard at London Bridge and a 15% stake in the London Stock Exchange

Dubai International Capital
Total fund: £6.6bn. It owns 100% of the Travelodge hotel group and a third of the London Eye