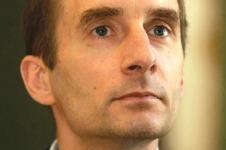 The government has been looking at a number of high-speed rail options for some time, but Adonis's speech to the Labour party conference in Brighton marked the strongest commitment to building the line so far. He said: "Labour's whole approach to this project will be one of 'can do' not 'can't do'. I see this as the union railway, uniting England and Scotland, North and South, richer and poorer parts of our country … pioneering a fundamentally better Britain.

"I think that for Britain, high speed rail is a no-brainer."

Adonis said high speed rail would slash journey times between cities and make sustainable travel possible across the country. However, he conceded the project would take twenty years, and entail "big" planning and financial implications.

Adonis also committed the Labour party to finding funding for both the £15.9bn Crossrail project as well as plans to electrify rail lines between Liverpool and Manchester, London and Bristol and on to Cardiff and Swansea. He said: "I pledge that today we will press ahead with Crossrail and with rail electrification. The Tories would betray the future. We won't."