More details have emerged on the plans laid out by housing secretary Robert Jenrick to extend the ban on combustible materials in external walls to residential buildings of as little as three- and four-storeys.

Jenrick announced the proposal in the House of Commons on Monday amid a raft of new measures laid out prior to the resumption of the Grenfell Tower public inquiry. 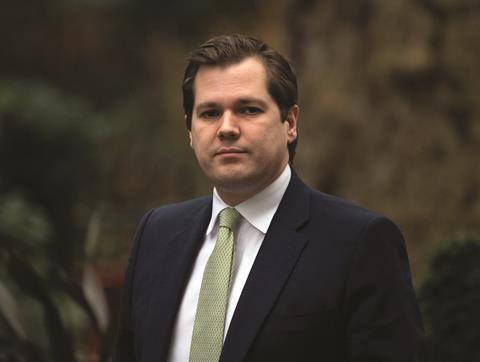 He also laid out plans to ban Aluminium Composite Material with a polyethylene core – the type of cladding used on Grenfell Tower – on buildings of any height, and said he would next month start to “name and shame” private landlords who haven’t started work to remove dangerous cladding.

And he proposed reducing the height both at which sprinklers are required and at which the combustibles ban comes into force from 18m to 11m.

Jenrick (pictured) said he had appointed Dame Judith Hackitt, who undertook the review of fire safety regulations for the government in the immediate aftermath of the 2017 fire, to chair a board that will oversee the transition from the current system to the regulator her report called for.

Work to set up the regulator, which will be based within the Health and Safety Executive (HSE), will start immediately, with Jenrick saying he expected it to be established in shadow form “within weeks”. The regulator will start recruiting for a first ever national chief inspector of buildings.

Hackitt’s report had originally proposed the new regulator be a joint body comprising the HSE alongside Local Authority Building Control (LABC) and Fire and Rescue Services.

A spokeswoman said the timing of the legislation needed to grant the body formal powers, will be confirmed “in due course”.

In addition, Jenrick said the government will: consolidate 22 separate advice notes for building owners issued in the wake of Grenfell to one single document; consult on a new “matrix” system for measuring fire risk in buildings, rather than making distinctions on height alone; and consider additional funding for leaseholders affected by large bills for remediation works for their homes.

Jenrick revealed his plans in advance of the beginning of phase 2 of the Grenfell inquiry next week, which is due to consider in detail the nature of the 2014 refurbishment of the block, and whether the government could have done more to prevent the fire.

The consultation on extending the “combustibles ban” proposes reducing the building height at which the ban takes effect from 18m currently – around six storeys – to 11m, around three or four storeys. It also proposes extending the ban to cover hotels, hostels and boarding houses for the first time and banning polyethylene-filled ACM cladding on all buildings of any height and type. Solar shading products such as blinds and shutters are also likely to be covered by the ban for the first time.

But the review of the ban does not propose to make any allowances for the use of structural timber products such as Cross Laminated Timber (CLT) and Glulam, which are caught by the ban but which proponents say are not a fire-risk.

Last week housing association Swan became the latest modular housing pioneer to stop using CLT for its apartment products because of the impact of the regulation.