More than 95% of firms working in the built environment think whole life carbon calculations and targets should be mandatory for construction projects, according to a new survey.

UK Built Environment Declares, an environmental campaign group backed by nearly 2,000 firms working across the construction sector, has revealed the findings of the survey at the start of the UN COP26 climate conference.

It shows 19 out of 20 respondents want whole life carbon calculations to be compulsory and a factor in determining whether projects are approved for planning.

Some 73% strongly agreed with the proposal, with 23% saying they “somewhat agree” and less than 5% disagreeing. 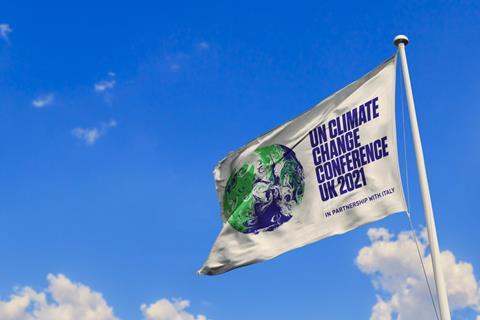 It found that nearly 80% of respondents supported a proposal that schemes should only be granted planning permission if they have an urban greening factor of 0.4. This means that they would need to include substantial amounts of greenery including green roofs, green walls and landscaping.

It also found that 93% of respondents want to see a “high and rising” tax on carbon to accelerate the shift in net zero, with nearly 60% of the number strongly agreeing with the proposal.

And there was not a single respondent who disagreed with the question asking if firms should make an “explicit shift in their missions and goals to prioritise the goal of planetary health including human wellbeing”.

A spokesperson for Built Environment Declares said the survey “shows clearly” that construction professionals are strongly committed to shaking up their operations and projects to bring down carbon emissions.

He added: “They are demanding changes in regulation, taxation and legislation that will accelerate the pace of change.

“We know what we need to do in our businesses to reduce up-front and in-use carbon emissions and create a built environment that would help slow down global heating and biodiversity loss.

“We have to be part of the solution but we can only go so far with more efficient designs, construction methods, and reduced carbon materials.”

He said the survey “underlines that we need the government to show leadership and take serious measures to accelerate change”.

In December last year, both Foster+Partners and Zaha Hadid Architects announced their withdrawal from Architects Declare because of the group’s opposition to practices designing airport schemes.